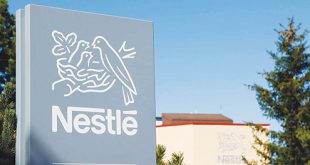 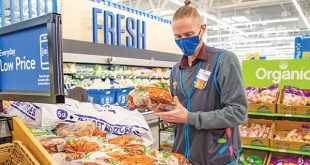 Seven & i Holdings Co. will meet this week to discuss leadership succession, days after billionaire activist investor Dan Loeb warned Japan’s largest retailer against creating a family dynasty, according to people with knowledge of the matter.
The company’s nomination and compensation committee is scheduled to meet Wednesday, said two of the people, who asked not to be identified because the deliberations are private. It may discuss a personnel shuffle that could affect managers including Ryuichi Isaka, president of Seven-Eleven Japan Co., and Kazuki Furuya, the deputy head of the convenience-store chain, people familiar with the matter said.
Loeb, the founder of Third Point LLC who’s built a reputation for confronting boards over changes in management, said in a letter to the retailer this week that he’s concerned Furuya may become interim president at Seven-Eleven Japan as part of Seven & i Chief Executive Officer Toshifumi Suzuki’s plans to make his son, Yasuhiro, the next president of the parent company. Isaka should be a leading candidate for the position, Loeb said.
A representative for Seven & i declined to comment on the meeting.
Loeb, who’s contributed to CEO shakeups at Yahoo! Inc. and Dow Chemical Co., faces an uphill battle with Seven & i.
Only four of the retailer’s 15 directors are outsiders, and the board’s independent members received the worst score among Topix 500 index companies in a Jefferies Group LLC report this month that evaluated their skills based on backgrounds in business, consulting and other relevant fields.
“It’s very hard to believe that, in this structure, there’s anybody to push back, which is what the board is supposed to be there for,” Zuhair Khan, the Tokyo-based equity analyst who authored the Jefferies report, said of Seven & i in an interview. “The main board structure leaves a lot to be desired.”
Seven & i’s advisory committee is charged to discuss the appointment of executive officers, directors and their compensation, according to a March 8 company statement.
Loeb cited “outsized results” at Seven-Eleven Japan as a reason why Seven & i’s board should consider Isaka to be a leading candidate to be the parent company’s next CEO. The convenience-store unit has increased sales for 43 consecutive months, even as a sales tax increase during the streak weighed on consumption and helped tip Japan into recession.
The activist investor also wrote that Toshifumi Suzuki, 83, has “chronic health problems.” Seven & i has denied this, saying the CEO goes into the office daily for work.
Seven & i is set to rise for a third day, gaining 0.2 percent to 5,018 yen at 10:48 local time in Tokyo trading. The company’s shares have declined 6.6 percent since Oct. 26, the last day of trading before Japanese newspapers first reported Third Point’s investment.
Third Point is advocating for Seven & i to restructure its Ito-Yokado Co. general-merchandise unit and divest retailers Sogo & Seibu, Barney’s Japan, and Nissen Holdings Co. Suzuki’s successor should focus on running the company as a convenience-store operator, Loeb wrote.