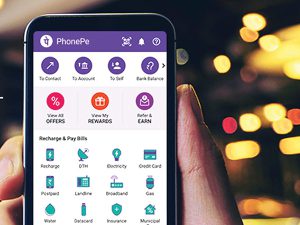 Walmart Inc-owned digital payments brand PhonePe is seeking to raise as much as $1 billion from General Atlantic and existing investors including Tiger Global Management, Qatar Investment Authority and Microsoft, people familiar with the matter said, even as global funding dries up for startups.
The all-equity round is expected to close in the next two weeks and may take PhonePe’s valuation close to $13 billion, including new capital invested, said the people, asking not to be named as the details of the deal are private. The valuation catapults PhonePe among India’s most valuable brands in a digital payments market forecast by Boston Consulting Group to triple in size to $10 trillion by 2026.
The company is in talks with SoftBank Group Corp’s Vision Fund, an investor in PhonePe’s parent entity Flipkart, although Walmart will remain top investor, the people said. Forced to go on the defensive due to its portfolio losses, SoftBank has cut its investments sharply this year.
PhonePe declined to respond to emailed queries about the fundraising.
The new valuation would give Bangalore-headquartered PhonePe a higher valuation than arch-rival Paytm’s parent One97 Communications Ltd, whose market capitalisation has dropped to $4 billion — down about 70% from its market debut last year. Competition is escalating between PhonePe, Paytm, Alphabet Inc’s Google Pay and Amazon.com Inc’s Amazon Pay, as well as a raft of startups looking to capitalise on India’s fast-digitising economy. SoftBank also backs Paytm.
PhonePe is closer to profitability in its core business, one of the people said. Revenue at the digital payments player grew about 140% to 16.5 billion rupees ($200 million), while losses narrowed by about 15% in the business year ended in March, the company said.