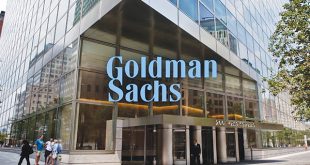 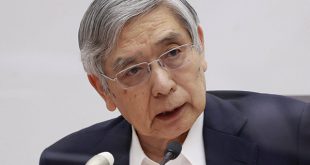 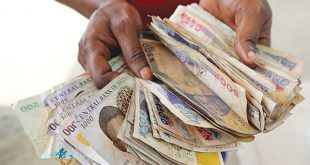 For the biggest US bank, the best way to fight Silicon Valley is to mimic it.
JPMorgan Chase & Co.’s. new technology hub across the street from the Hudson Yards development on Manhattan’s West Side — a 125,000-square-foot space so vast it’s subdivided into five neighbourhoods — has all the trappings of a start-up: foosball tables, a game room, industrial decor and fridges stocked with sodas and snacks.
This is still a bank, though. The uniform of the mostly male workforce is a button-down shirt and slacks. On a recent tour, the game room, with its Xbox and electric guitars, was the site of intense work meetings. There are no pets as at Google. And those snacks? Not free.
Which may be just right. Bank apps appear alongside Uber, Seamless and Tinder on smartphone menus, but they’re for checking balances and paying bills, not doing cool things like magically summoning rides, food or dates. Still, consumers are conditioned by the ease of using these services, JPMorgan executives say. That means a new approach for the industry, including shortening the product cycle to weeks from months and using customer feedback to continually fix bugs while not freaking out the bank’s 33 million online users by changing too much.
“We don’t rush and invent craziness just for the sake of it,” said Tim Parsey, head of the bank’s retail digital customer experience and a former senior vice president of design at Yahoo! Inc. “You have to help people learn. In our world, we know that change itself hits the same part of your brain as the pain center.”

Website Overhaul
The bank has overhauled its website — an unveiling is planned for Wednesday — to make it easier and more intuitive to use. It consolidates about 300 pages from the old site so a visitor doesn’t have to hunt around to get things done. It also features a newsfeed with articles about personal finance. JPMorgan is slowly adding users to the new platform to gauge their reactions. It expects to add the rest starting this month and later release a new small-business banking website.
Tech competitors such as LendingClub Corp., On Deck Capital Inc. and Wealthfront Inc. threaten to disrupt banks’ relationships with clients by making transactions easier or cheaper. Traditional financial firms are responding by building their own technology in-house, including robo-advisers that give automated investment advice, partnering with the financial technology companies or purchasing them outright. New York-based JPMorgan will spend $3 billion on technology investments this year.
“All the startups, all the fintech guys are pushing very hard because they see opportunity,” said Parsey. “We have to take the banking world up to the same level as the rest of the digital industry. Beyond that, there are exciting ways to innovate how people feel about their finances.”
To compete with faster tech companies, the bank has arranged coders and developers into scrums of 15 to 18 that compete for short-term projects. The pieces are scrutinised by colleagues and focus groups as they’re cobbled into a larger release, allowing the bank to make quicker updates.