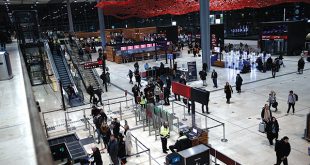 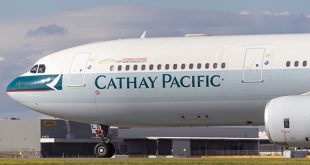 Delta Air Lines Inc.’s Ed Bastian, the incoming chief executive officer, said he has seen too many bad bets on the price of fuel for the carrier to start hedging again soon.
“The reason we haven’t hedged for the last year and a half is there’s just too much volatility, and we’ve been burned,” Bastian said in an interview with Bloomberg TV. “We’ve lost over the last eight years about $4 billion, cumulatively, on oil hedges.”
Bastian takes over as CEO on Monday after serving for eight years as the airline’s president under Richard Anderson, who is retiring at the age of 61.
The new chief has said he will continue to look abroad to further Anderson’s efforts to make Delta a more global carrier.
Airlines in past years have used contracts to lock in their cost of fuel, which is one of the industry’s highest expenses.
This so-called hedging has hurt some carriers in an era of falling oil prices since they paid more under the agreements than if they had bought at market.
While Delta will jump back into hedging at some point, Bastian said, the memory is still fresh of locking in a fuel price when oil dropped to $80 a barrel – only to see if fall to $60 soon after.
The airline wouldn’t hedge again “until we saw a point where there was some longer-term stability to know what to expect,” Bastian, 58, said.
“Right now with the volatility and the cost of a premium to hedge, I just don’t think it’s worth the risk,” he pointed out.
In recent quarters Delta has paid significantly more for fuel than its competitors after factoring in hedge losses. It is only now moving past some of its locked-in prices.
In first quarter, Atlanta-based Delta paid $1.33 a gallon for fuel, down from $2.29 a year earlier. American Airlines Group Inc. has benefited the most among the US airlines eschewing hedging. In the last quarter, American’s fuel costs were $1.21 a gallon, compared with $1.83 a year earlier.
“Just as we saw oil get down to $25 in January, there were people calling for it to go down into the teens,” Bastian said.