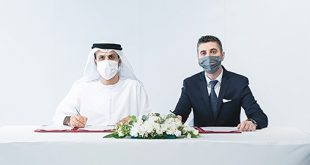 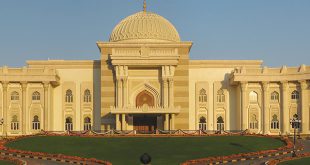 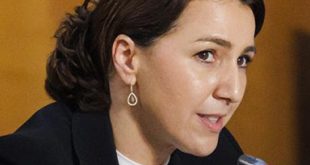 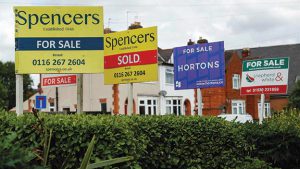 The UK housing market is braced for headwinds as rising borrowing costs add to the cost-of-living crisis stretching the affordability for property buyers.
Mortgage lenders are following the Bank of England (BOE) by raising interest rates from historic lows. That’s making it more expensive to own a home at a time when prices of everything from energy to clothes are suffering the worst bout of inflation since the 1980s.
A shift towards fixed-rate home loans over the past few years cushions 80% of mortgage holders from an immediate shock. But higher costs will feed through when those deals expire and borrowers are forced to refinance, presumably at significantly higher rates.
“Clearly, the structure of the mortgage market has shifted, so the speed of pass-through from policy changes into mortgage rates is a little slower than in the past,” BOE Chief Economist Huw Pill said. “But we had an analysis of the pass-through in February. That pass-through will take place, and will have some moderating effects on the housing market.”
The squeeze is already being felt by the 2 million households on adjustable rates. Each quarter-point increase adds more than 30 pounds a month to payments on a typical 25-year mortgage taken out today. For new borrowers, rock-bottom interest rates are no longer available.
The UK central bank lifted its benchmark lending rate for the fourth time since December to 1%, the highest since 2009. It’s also warning of double-digit inflation and a growing risk of recession. That’s contributing to what’s forecast to be one of the worst years on record for living standards.
The latest warning came from mortgage lender Halifax, which said the pressures confronting the wider economy cannot be ignored even after property prices rose for a 10th consecutive month.
“With interest rates on the rise and inflation further squeezing household budgets, it remains likely that the rate of house price growth will slow by the end of this year,” said Russell Galley, managing director at Halifax.
A similar outlook was painted by Nationwide Building Society, which said the squeeze on household incomes is set to intensify. Other data published in the past week showed mortgage approvals down sharply in March from a year earlier and the cost of mortgage borrowing rising more than at any time in the last six years.
Cheap money has fuelled a housing boom that has lifted property prices 80% since the financial crisis in 2008 and 2009. It’s allowed borrowers to take on increasing amounts of debt, with the average new mortgage hitting a record 237,000 pounds ($290,000) in March.
Raising a deposit remains the biggest obstacle to getting on the housing ladder, particularly in London where the average home is now well over 500,000 pounds — almost double the national average. But while debt burdens remain steady, rising interest rates could see more people slip into difficulty making payments.
The proportion of households losing 40% or more of their pre-tax incomes to debt-servicing costs, a measure of debt distress watched by the BOE, could reach rates last seen in 2006, the eve of the financial crisis, if rates rise to around 2.5% — a level money markets are pricing in for the first half of next year.
“The psychological impact of a rising base rate above 1%, higher mortgage rates, a cost-of-living squeeze and gradual rebuilding of supply will all contribute to slowdown as house prices come back down to earth later this year,” said Tom Bill, head of UK residential research at estate agent Knight Frank.
To be sure, analysts and the BOE are expecting a slowdown from the breakneck pace of growth in the past year rather than an outright fall in prices.
Factors underpinning the market include a strong labor market and savings accumulated during the pandemic. EY ITEM Club noted that the cost of living crunch is falling heaviest on low-income households, which are more likely rent rather than own.
“Those expecting any major correction in property values are likely to be disappointed,” said Martin Beck, chief economic adviser to the economic forecasting group.