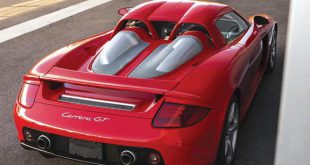 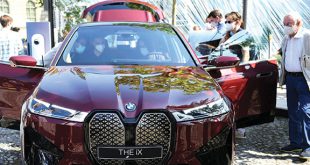 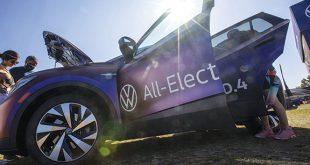 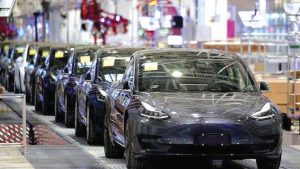 Tesla Inc has agreed to take the majority of battery-ready graphite from a production facility planned in Louisiana, as it races to secure supplies of the key material in a market dominated by China.
Melbourne-based Syrah Resources Ltd will supply Elon Musk’s company with graphite anode material for an initial four years, with an option to buy additional volumes subject to further expansion at Syrah’s Vidalia plant, the Australian company said in a statement. The Louisiana facility is planned to process graphite from Mozambique to become the first US-based source of graphite anodes for the country’s fast-growing electric vehicle and lithium-ion battery manufacturing industry.
The deal with Tesla would help underpin a final investment decision on the production plant expected next month and help secure local supply, Syrah’s Managing Director Shaun Verner said by telephone. China produces almost all of the graphite used in producing materials for anodes, demand for which is forecast to increase fivefold by the end of the decade, according to BloombergNEF.
“Such concentration poses a risk to rivals looking to build domestic battery supply chains, such as the US and Europe,” BNEF said in a report.
Earlier this month, Tesla asked the US government to waive tariffs on graphite from China, saying it couldn’t access enough of the material from elsewhere. Vidalia’s initial 10,000 ton-a-year production rate would be able to supply about 3% of US-based battery demand by 2025,
according to industry
estimates cited in a Syrah presentation.
The top battery and EV manufacturers are scouring the planet to secure supplies of battery materials such as lithium, cobalt, nickel and graphite as the global push towards a greener future fires up demand at a time of constrained supply exacerbated by the pandemic. Tesla in July struck a major nickel offtake deal with BHP Group, the world’s biggest mining company.
Syrah will supply Vidalia with graphite from its Balama operation in Mozambique, which was restarted in March after being suspended in 2020 due to impacts from Covid-19. The long-term plan is to expand output at Vidalia to a minimum 40,000 tons per annum by the middle of the decade, Verner said.
Syrah’s shares jumped as much as 35% following the announcement — the most since March 2020 — before being placed on a trading halt pending a statement from the company on further information regarding the announcement.