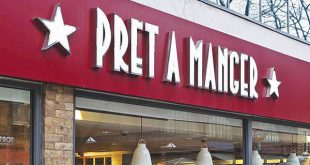 For much of its 125 years selling luxury goods, Switzerland’s family-run emporium Bongenie Grieder has been the kind of place where affluent shoppers felt at ease and staff were confident they had a job for life. Then came January 2015’s ‘franc shock’ when the Swiss National Bank’s (SNB) dramatic decision to lift a cap against the euro sent the Swiss currency skyrocketing.
Items sold in Grieder such as Chloe skirts and Balenciaga bags became a fifth more expensive than the same euro-denominated products on the racks of stores in neighbouring Germany or France.
Revenue tumbled 10 percent to 185 million Swiss francs ($193 million) last year, said Pierre Brunschwig, one of four fourth-generation partners who run the group, adding the retailer barely managed to break even.
A strong franc, which remains 10 percent higher than before the cap was lifted 15 months ago, means there is no end in sight to the tough times. “We can expect the same sales volume as last year, which is a bad prospect,” said Brunschwig, the public face of the group.
“Profit at these volumes isn’t sustainable for many actors in the retail industry.”
The company had to break with its paternalistic approach and jettison some underperforming employees as it reduced its 500-strong workforce by around 30. Retirements and other departures accounted for around half of the reductions. The erosion of Grieder’s historic job security is just one of the cultural changes the franc’s prolonged strength is forcing on the world of Swiss business.
A new, less comfortable era has begun, leaving the normally stoic Swiss to worry if their tranquil economic fortress might be more vulnerable than they thought.

CROSSING THE BORDER
Since the scrapping of the currency peg, the nation’s retail sales have fallen in every month except for one. Last year’s 2 billion Swiss franc ($2.1 billion) drop marked the worst retail sales tumble since recordkeeping began in 1980. Employment in the industry is expected to keep falling this year, and the SNB last month trimmed its forecast for GDP growth in 2016 to between 1 and 1.5 percent.
Grieder’s misery has plenty of company. Among the worst hit has been fashion retailer Charles Voegele, as the strong franc stunted its growth and prompted widening losses. “Right after the SNB decision, we noticed far fewer customers even considered buying from Swiss retailers,” said Daniel Hanselmann, chief executive at Swiss online designer furniture retailer Goodform. “They believed it would be cheaper in Germany anyway.”
Credit Suisse estimates Swiss consumers spent up to 11 billion francs — a tenth of total retailexpenditure — on shopping tourism last year just across the border in German cities like Konstanz or Freiburg.
At Grieder, Brunschwig took remedial action. Like others, he introduced “euro discounts,” lowering prices by as much as a fifth to counteract the advantage Swiss shoppers were pursuing by driving across the border to Germany or France.
Brunschwig has also taken an active approach with his suppliers, pleading — and at times threatening a boycott — against the so-called “Swiss Tax,” a premium wholesalers had demanded from Switzerland’s retailers for years.
Brands had used affluent Swiss shoppers to pad out margins, hitting Grieder and other stockists with a wholesale price that could be a fifth more than a German store would pay for the same product. That practice has become increasingly untenable as retailers struggle to stay afloat.

ZURICH LANDMARK
One of Switzerland’s oldest department store groups, Bongenie Grieder took root amid the burgeoning wealth and industrialism of 19th century Europe that spawned the grand stores of the era.
Fused from a modest household goods store opened by Brunschwig’s great-grandfather in Geneva and a silk shop opened across the country by Adolf Grieder two years before, the group now operates 18 Bongenie Grieder shops, including five high-end department stores. These include the Zurich flagship at one of the financial capital’s noblest addresses on Paradeplatz where neighbours include Credit Suisse and UBS, the nation’s two biggest banks.
Grieder has carved out a lucrative niche for itself as high net worth residents and well-heeled visitors shopped inside its six-storey, neo-Gothic store.