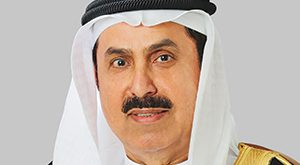 Investors from Great Britain will have the opportunity to find out about the advantages of doing business in Sharjah thanks to a special business–to-business (B2B) forum being held in London.
Organised by the Sharjah Investment and Development Authority (Shurooq) under the banner ‘Sharjah Day,’ the April 8 event will introduce British investors and businesspersons to prominent opportunities in Sharjah, with an emphasis on the many projects run by Shurooq.
Sharjah Day aims to attract British companies operating in the fields of health, the environment, tourism, logistics and education to the emirate, which is being promoted as having numerous benefits and incentives for prospective British investors.
Sheikha Bodour bint Sultan Al Qasimi, Chairperson of Shurooq, will give a keynote address during the forum which she will use to highlight Sharjah’s business-friendly environment and its unique attractions, which have established the emirates as a preferred regional investment destination.
Abdul Rahman Ghanem Al Mutaiwee, UAE Ambassador to the United Kingdom, will also give a speech during Sharjah Day, which will be followed by an address delivered by Lord Clement-Jones, Managing Partner of British DLA Piper, a major legal firm that has significant interests in the UAE.
Sheikha Bodour said; “The UAE enjoys strong relations with the UK across a broad section of spheres, which is reflected in the economic and trade cooperation between the two countries. Trade between the UAE and the UK touched AED 72 billion, two years ahead of the predetermined scheduled to reach this level, prompting the two countries to work towards doubling the volume of trade to approximately AED 153 billion by 2020.”