Oracle to buy Cerner for $28.3 billion 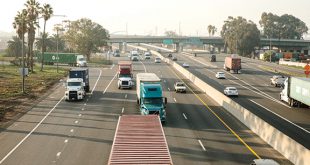 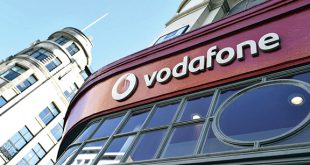 Vodafone in talks with Iliad to merge Italy units

Oracle Corp agreed to acquire medical-records systems provider Cerner Corp for about $28.3 billion, a deal that would add a broad customer base in health care industry to bolster software maker’s cloud-computing and database businesses.
The all-cash transaction, Oracle’s biggest-ever deal, will see Oracle pay $95 a share, the companies announced Monday in a statement. The price represents a 20% premium over Cerner’s market value, before the deal talks first became public.
Oracle Chief Executive Officer Safra Catz said the acquisition should be “immediately accretive to Oracle’s earnings” on an adjusted basis in the first full fiscal year after closing and contribute “substantially more to earnings in the second fiscal year and thereafter.” The transaction is expected to close next year, the companies said.
Oracle, the second-biggest software maker by revenue, is best known for legacy database products.
The company has struggled in recent years to gain ground in cloud computing, in which companies rent data storage and analytic power from large server centers, trailing far behind market leaders such as Amazon.com Inc. and Microsoft Corp.
The deal for Cerner gives Oracle a huge foothold in technology for the health care industry — a sector expected to spend $15.8 billion on cloud infrastructure and software by 2023, according to market researcher IDC — given Cerner’s robust user base, which includes many of the top US hospital systems. And as Oracle moves more of Cerner’s systems onto its own cloud infrastructure, the company gains an important case study to help future sales.
Microsoft, too, sees the opportunity in health care. It announced in April that it would spend $19.6 billion for speech-recognition pioneer Nuance Communications Inc. to gain artificial-intelligence technology focused on helping doctors predict patients’ needs and upgrading hospitals’ digital record-keeping.
The challenge for Oracle is persuading Cerner customers, many that probably already run some Oracle products in their own corporate date centers, to make the jump to its modern, cloud-based applications on the promise that more tailored health care offerings will be available in the next few years.