Agthia carries out acquisitions worth AED2.3 billion in 2021 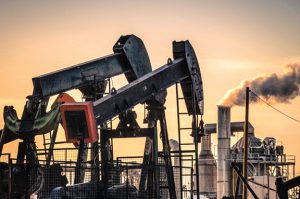 Oil rises as investors weighed the rapid spread of Omicron against signs it may be milder than previous variants.
Brent futures rise 0.7%, swinging between gains and losses amid thin trading volumes. West Texas Intermediate, which didn’t have a settlement due to a US holiday, falls from Thursday’s level. Daily omicron infections in the US has surpassed those in the delta wave, while China posted the highest number of cases since January.
Still, Brent’s market structure is starting to show signs of optimism. The prompt timespread — the gap between the two nearest contracts — has returned to a bullish pattern in recent days after flipping briefly into a bearish contango structure. The spread was 37 cents in backwardation on Monday, compared with as much as 10 cents in contango about a week ago.
Crude’s rally from the depths of the pandemic has run into considerable headwinds with omicron’s rapid spread. At the same time, the Organisation of Petroleum Exporting Countries and its allies are boosting supplies, and the US has led a coordinated release of oil from national strategic reserves. As part of that move, Japan is planning to sell around 630,000 barrels from its stockpiles, and a trade ministry official said more may follow.
The fast-spreading omicron has forced airlines to cancel some services due to crew shortages, threatening a nascent rebound in jet fuel usage. Anthony Fauci, President Joe Biden’s top medical adviser, said Americans should stay vigilant against the new strain, despite evidence its symptoms may be less severe, because the volume of cases can still overwhelm hospitals.
“Even if omicron is less virulent, it appears its contagiousness has the potential to disrupt the flow of goods and services as workers isolate,” said Jeffrey Halley, senior market analyst for Oanda Asia Pacific Pte. That would imply lower levels of oil consumption, he said.