Oil holds near one-month high on signs US stockpiles falling 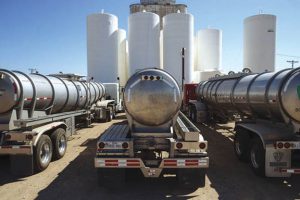 Oil held near a one-month high after industry data pointed to another drop in US crude inventories and traders bet the fast-spreading Omicron variant would prove to be less severe than earlier virus waves.
West Texas Intermediate was steady near $76 a barrel after gaining 11% over the past five sessions. The American Petroleum Institute reported nationwide crude holdings fall by 3.1 million barrels last week, according to people familiar with the data, which also showed an increase at Cushing, the biggest US storage hub..
Investor worries about Omicron are easing on growing evidence that the variant is milder in nature, potentially reducing the need to impose restrictions on movement. The rapid spread of omicron has yet to hit road traffic across most of Asia, mobility data compiled by Bloomberg show.
Crude is heading for its biggest annual gain in more than a decade as global consumption recovered from the impact of the pandemic with the roll-out of vaccines. That’s helped to deplete once-bloated oil inventories, especially in the US. Should official data match the API print, that would be a fifth consecutive weekly decline, the longest run of draws since September.
“Crude oil trades near a one-month high after API’s weekly stock report,” said Ole Hansen, head of commodities strategy at Saxo Bank A/S. The market is “currently betting the omicron virus, despite a global surge, will not derail robust global demand.”
Oil’s recovery has also been supported as the Organisation of Petroleum Exporting Countries (Opec) and allies including Russia took a cautious approach to restoring output. The group is due to meet next week to assess policy heading into 2022. Ahead of that, Russian Deputy Prime Minister Alexander Novak said that the country
was comfortable with prices between $65 and $80.
There was also the potential for bullish technical momentum, after Brent on Tuesday closed above its 50-day moving average for the first time in a little over a month. That was the latest notable milestone in the market’s recovery from a rout late last month.