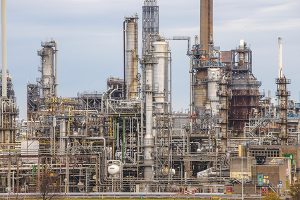 Oil falls for a second day as the European Union (EU) considered a higher-than-expected price cap on Russian crude and evidence mounted of challenges to demand.
West Texas Intermediate slipped below $78, trading in a narrow range and with volumes thin due to a US holiday. EU diplomats are locked in negotiations over how strict the Russian mechanism should be, after discussing capping the country’s seaborne exports at $65 to $70 a barrel. The resumption of talks to finalise the cap was delayed beyond Thursday as more time was needed to overcome the differences, according to people familiar with the matter.
Goldman Sachs Group Inc. said the higher price cap being considered may reduce the risk of Moscow retaliating, though it expressed doubt that the mechanism could be enforced.
Mounting headwinds in the two largest economies threaten energy demand. In the US, Federal Reserve economists briefed policymakers that the chance of a recession in the next year had risen to almost 50% as interest rates climb. In China, officials are pressing on with aggressive efforts to check the spread of Covid-19, ordering lockdowns and movement curbs as daily virus cases swelled to near 30,000 — the most during the pandemic.
“A static price in general just doesn’t work,” said Keshav Lohiya, founder of consultant Oilytics. “They’re trying to have the best of both worlds. Either you depress Russian oil to zero, which global oil markets do not want, or you let Russian oil flow.”
Crude has tumbled this month, unraveling the gains made in October after the Organisation of Petroleum Exporting Countries (Opec) and its allies decided to reduce production. While the price-cap plan had been seen as potentially supportive of oil should it result in lower output, a high cap may end up having a minimal impact on trading.
Key metrics are signaling a weaker market, with both WTI and Brent’s prompt spreads flipping back into contango, a pattern that points to ample near-term supply. Physical differentials have fallen sharply in recent weeks, with Kazakhstan’s CPC crude the latest to plunge on a combination of weak demand and robust supply.