Oil at $60 by year-end not ‘unthinkable’: Saudi minister 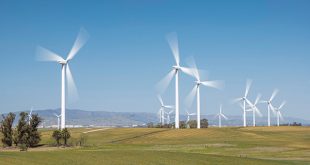 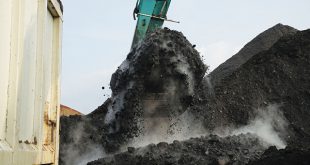 The oil-price could recover to $60 a barrel by the end of 2016, said Saudi Arabia’s Energy Minister, just weeks after agreeing to cut supply for the first time in eight years.
The world’s largest crude exporter will work with other producers to determine output caps and is “optimistic” about reaching a deal by the end of November, although OPEC shouldn’t take action that would shock the oil market, Khalid Al-Falih said on Monday.
Many non-OPEC producers have expressed a willingness to cooperate and the minister said he will meet his Russian counterpart in the next couple of days.
“It is not unthinkable that we could see $60 by year-end,” Al-Falih said at the World Energy Congress in Istanbul.
The oil market has “shifted” since 2014, when Saudi Arabia led the Organization of Petroleum Exporting Countries to abandon its production ceiling in pursuit of market share, and it’s now time to do something different, Al-Falih said. The minister’s first public comments since the Algiers accord of Sept. 28 underscore the dramatic shift in Saudi strategy away from unfettered production, which will be formalized at the group’s next meeting on Nov. 30 in Vienna.

Saudi Shift
While the kingdom’s two-year-old market strategy forced some U.S. oil companies to cut back production, an enduring oil glut has prevented a lasting price recovery. OPEC decided last month to limit production to a range of 32.5 million to 33 million barrels a day to accelerate the “ongoing drawdown of the stock overhang and bring the rebalancing” in crude markets forward.
OPEC’s framework agreement to limit output must accommodate Libya and Nigeria, Al-Falih said. Both nations plan to restore output lost to war and militant attacks. Al-Falih made no mention of Iran, which has also said it wants to continue raising production after international sanctions were eased this year.
Ministers from some of the largest oil-producing nations are gathering at the World Energy Congress in Turkey. With benchmark Brent crude trading below $52 a barrel — less than half its price in mid-2014 — oil-rich countries from Saudi Arabia to Russia have come under budgetary pressure, while major companies are set to cut investment for a third year.

Russian Cooperation
While Russia has signaled its intention to coordinate efforts with other producing nations to stabilize oil markets, the country doesn’t expect to sign an oil output deal this week in Istanbul, Alexander Novak, the Russian energy minister, said in an interview in Moscow last week. Meetings in Istanbul will be for “consultations,” he said. The country pumped a record 11.11 million barrels a day last month.
Al-Falih’s oil price prediction was echoed by Bob Dudley, the chief executive officer of BP Plc, who told Bloomberg Television in Istanbul that a range of $55 to $60 a barrel was possible by year-end following the OPEC agreement.
Saudi Arabia is prepared to deal with any oil price and there’s “absolutely no reason to panic” over the country’s balance sheet, Al-Falih said.
The nation’s budget deficit reached 16 percent of gross domestic product last year.