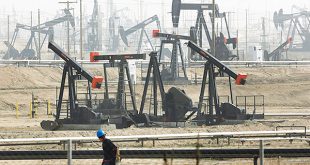 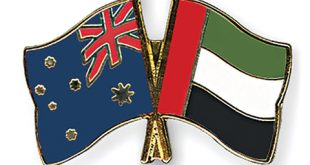 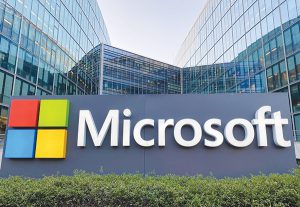 Microsoft Corp said it’s buying Activision Blizzard Inc in a $68.7 billion deal, uniting two of the biggest forces in video games to create the world’s third-biggest gaming company.
In its largest purchase ever, Microsoft will pay $95 a share in cash for one of the most legendary gaming publishers, known for titles like Call of Duty and World of Warcraft but which is also grappling with a cultural upheaval over its treatment of women. Activision Chief Executive Officer Bobby Kotick will continue to serve in that role, Microsoft said. Once the deal closes, the Activision Blizzard business will report to Phil Spencer, who heads Microsoft Gaming. The deal value includes Activision’s net cash.
Adding Activision’s stable of popular titles will help Microsoft expand its own offerings for the Xbox console and better compete with rival Sony Corp.’s PlayStation. Activision has a long history with the Xbox. The publisher’s largest franchise, Call of Duty, became successful largely due to Microsoft’s online platform Xbox Live, which allows players to connect for multiplayer matches. Most of Activision’s games are published on Xbox consoles.
“Acquiring Activision will help jump start Microsoft’s broader gaming endeavors and ultimately its move into the metaverse with gaming the first monetization piece of the metaverse,” Dan Ives, an analyst at Wedbush Securities, wrote in a note to investors. “With
Activision’s stock under heavy pressure (CEO related issues/overhang) over the last few months, Microsoft viewed this as the window of opportunity to acquire a unique asset that can propel its consumer strategy forward.”
Microsoft’s shares slid about 1.3% in early trading on the news. The bid is a 45% premium on Activision’s closing price Friday. However, it’s a bargain compared with the stock’s performance in the first half of last year, before a lawsuit filed by a California state agency in July plunged the company into crisis. The shares hit a high of more than $100 apiece in February and then lost nearly half their value by the end of the year.
The scandal has taken a toll on a company already struggling to adapt to the end of a pandemic-fuelled video game boom. In November, Activision delayed two of its most anticipated games and gave a sales forecast for the fourth quarter that fell short of Wall Street’s
expectations.
Kotick, who has led the company for three decades, has come under pressure from employees to resign in the wake of the ongoing lawsuits and allegations reported in the Wall Street Journal that tie him to reports of mistreatment of women and suggest that he was aware for years of misconduct, including rape, at the company but didn’t report it to the board. Kotick has apologized and pledged to make changes.
Spencer said last November that Microsoft was reevaluating its relationship with Activision and making “proactive adjustments” in the wake of the Wall Street Journal report.
“We also recognise that after the close, we will have significant work to do in order to continue to build a culture where everyone can do their best work,” Microsoft CEO Satya Nadella on a call with investors.
Founded in 1979, Activision is home to some of the most popular game franchises in the world, including Candy Crush, Guitar Hero, Skylanders, Destiny, Crash Bandicoot and the Tony Hawk skateboarding titles. Its Call of Duty franchise is particularly notable for its lasting appeal, opening week sales and, increasingly, its reach in Asia. The mobile edition of the game launched in China in December 2020, quickly hitting the top of the download charts. It brought in tens of millions of new fans, “with player investment in the first quarter on par with the rest of the world combined,” the company said in May.
The franchise is arguably Activision Blizzard’s most important business. In 2020, the company’s Activision segment — nearly all of which is Call of Duty — accounted for 55% of the company’s operating profit.
But some of Activision’s games aren’t capturing the zeitgeist the way they once did. In 2021, Baird analysts published a report that revealed searches for Call of Duty and World of Warcraft were down markedly from the prior year, falling 32% and declining 44%, respectively.
Microsoft plans to keep making some of Activision’s games for PlayStation consoles but will also keep some content exclusive to Xbox, said a person familiar with the company’s thinking.
Microsoft has made several acquisitions recently to bolster its roster of games studios. In 2020, it agreed to acquire ZeniMax Media Inc., home to The Elder Scrolls and Doom publisher Bethesda Softworks, for $7.5 billion. At the time, this was Microsoft’s biggest video game purchase ever. Microsoft said the Activision deal will vault it to No. 3 in the industry, behind China’s Tencent Holdings Ltd. and Japan’s Sony.
Driving Microsoft’s ambition is its Game Pass subscription service, which gives members access to all of its first-party games — those from the studios it owns — for no extra charge, and on the day of their commercial release. Recently, it’s added titles from other publishers, such as Electronic Arts Inc., but owning the underlying developers gives Microsoft the freedom to keep the most popular titles from competing platforms, such as the PlayStation.
Goldman Sachs Group Inc. and Simpson Thacher & Bartlett LLP advised Microsoft while Allen & Company LLC and Skadden, Arps, Slate, Meagher & Flom LLP worked with Activision.