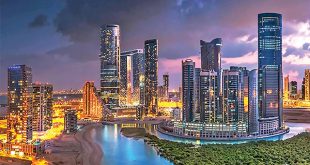 SC Capital Partners, a Singapore private equity real estate firm with $1.2 billion in assets, said recent price declines make investing in Hong Kong property attractive.
Founder Suchad Chiaranussati said he expects the Singapore government to maintain residential curbs in the city-state until the end of next year. Hong Kong offers more value after prices for homes, offices and hotels dropped, he said in an interview at his bungalow office off Singapore’s prime Orchard Road shopping belt.
“Singapore property measures are working, it’s working like clockwork, I see no reason why they would remove the curbs,” Chiaranussati said. “The big correction in prices has already happened in Hong Kong” and SC Capital sees value emerging, he said.
Hong Kong housing prices have dropped about 13 percent from a peak in September, according to data compiled by Centaline Property Agency Ltd., weighed by a rising supply of homes, higher short-term interest rates and slowing growth in China. Meanwhile, prices in Singapore have fallen 1.2 percent since September and 9 percent from the peak in 2013 as property curbs cooled demand.
SC Capital’s bet on Hong Kong contrasts with the more bearish views on the city’s real estate market. Kyle Bass, the hedge-fund manager who’s wagering on a slowdown in China’s economy, told a Las Vegas conference that Hong Kong’s property market is in “free fall,” while Goldman Sachs Group Inc. predicted last week a 20 percent decline in home prices.
SC Capital is bidding on a residential and commercial portfolio in Hong Kong which could be valued at as much as HK$1 billion ($129 million), Chiaranussati said without giving details.
The fund is evaluating investments in Japan, Australia and China. Office and retail assets in Tokyo’s suburbs and in Osaka look attractive, while the fund is also looking to buy offices and develop residential apartments in Sydney and Melbourne, Chiaranussati said. He also favors commercial assets in Shanghai and other gateway cities in China, where prices have declined by 10 percent to 20 percent.
SC Capital plans to raise a new $1 billion property fund next year, Chiaranussati said. Half of the firm’s fourth fund, with $850 million of committed equity, has already been invested, with the rest expected to be deployed over the next six to nine months. The company has divested about half of the investments made from the third fund and fully liquidated its first two funds, he said.
Singapore has rolled out curbs since 2009 as low interest rates and demand from foreign buyers raised concerns that the market was overheating. They include a cap on debt repayment costs at 60 percent of a borrower’s monthly income, and higher stamp duties on home purchases.
Prices and volumes will continue to languish while the curbs remain in place, Chiaranussati said. He expects the government to remove stamp duties for buyers when the curbs are rolled back, but says the tightened mortgage rules will stay.
“As long as measures are not being removed, I don’t see a bottom forming yet, even though we won’t see a major collapse either,” he said.
SC Capital booked S$12 million ($8.8 million) in losses when it sold 18 units at a condominium project to Blackstone Group LP in January 2015. The firm bought the properties just before the curbs came in and Chiaranusatti said at the time it was caught by surprise by the severity of the measures.