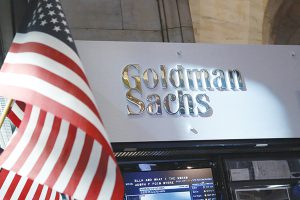 Goldman Sachs Group Inc. plans to set up shop in Munich to strengthen its coverage of Germany’s biggest, and newest, companies.
The US investment bank is close to signing a lease for an office on upmarket Maximilianstrasse from the end of 2023, people familiar with the matter said, asking not to be identified discussing confidential information.
It will house as many as 50 employees, including bankers to cover the technology, media and telecommunication sector, buyout firms, startups and family-owned businesses, according to the people. Staff from its private banking and asset management teams will also be based there.
A spokesman for Goldman Sachs confirmed the bank plans to open an office in Munich, which he described as “an important economic center in Germany and a vibrant, multicultural and growing European hub in areas such as the technology sector and private equity industry.”
Munich has proved itself a popular alternative to Germany’s main financial hub in Frankfurt, where Goldman Sachs already has offices, with banks able to lure talent to the Bavarian capital because of its surrounding lakes and proximity to the Alps.
The city is establishing itself as a breeding ground for technology companies. The Technical University of Munich produces the second-highest number of startup founders in Germany, according to a recent report co-authored by PwC. That gives banks based there the chance to identify and work with the potential next big unicorn.
Advisory firm Lazard Ltd. opened a Munich office in October and plans to add around 15 bankers in the city, in part to cover startups, a spokesperson for the advisory firm said. Peer Perella Weinberg Partners did so in 2020.
Having a presence in Munich also puts banks closer to German blue-chip clients like Allianz SE, BMW and Siemens AG, as well as an number of big private equity firms that have offices in the city, including EQT AB, Bain Capital and Partners Group Holding AG.
Goldman Sachs and German bank Berenberg recently hosted their 11th German Corporate Conference in Munich, ahead of the annual Oktoberfest festivities.
Goldman Sachs has been greatly expanding its presence in continental Europe in the years since Brexit. Staff numbers at Goldman Sachs Bank Europe SE, headquartered in Frankfurt, rose from 556 at the end of 2020 to 908 at the end of last year, according to annual reports.
“Frankfurt will remain our headquarters in Germany and continues to grow as we build out the franchise of Goldman Sachs Bank Europe SE locally,” the spokesman said.