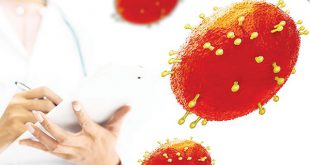 Emirates NBD, a leading bank in the region, has been named Best Local Private Bank in the Middle East at the 2016 Private Banker International (PBI) Middle East Awards. The bank was presented with the award at a gala dinner that was held in conjunction with the Private Banking Middle East Conference at the Ritz Carlton Hotel in Dubai last week.
The awards, in their inaugural year, were launched by PBI, a global briefing service for the wealth management industry, to celebrate excellence in the GCC region’s growing private banking industry.
Winners were chosen by a judging panel comprising independent specialists in wealth management and members of the PBI editorial team. Emirates NBD scooped up the biggest award for regional private banks for the night.
Commenting on the win, Saod Obaidalla, Executive Vice President, Head of Private Banking, said, “It is an honour to be the first winner in the ‘Best Local Private Bank’ category. Our private banking unit has shown outstanding performance and growth last year and continues to be a key sector for our expansion in 2016. This year, we have launched our ‘Opportunities to Inspire’ campaign that will focus on three pillars of wealth management: succession planning, expansion and growth and investment opportunities. We believe this program will further raise the incredibly strong profile of our private banking business.”
The award follows closely after the bank’s wealth management division was recognised at the Banker Middle East UAE Product Awards 2016 for Best Wealth Management Service/Proposition. The growing HNWI and UHNWI (high net worth and ultra-high net worth) market in the GCC has been an important contributor in the bank’s strategic focus on offering award-winning private banking services.
Emirates NBD Private Banking has regional offices in Dubai, Abu Dhabi and Riyadh as well as internationally in London and Singapore with experienced and knowledgeable coverage teams of private bankers and investment advisors offering an unparalleled range of investment solutions with client service to the highest standard, catering not only to individuals, but also family offices and select institutional investors.
Emirates NBD is a leading banking Group in the region. As on December 31, 2015, total assets were AED406.6 billion, (equivalent to around US$110.7 billion). The Group has a leading retail banking franchise in the UAE, with more than 220 branches and over 940 ATMs and CDMs in the UAE and overseas.