Does Italian politics often stay in Italy? Maybe not 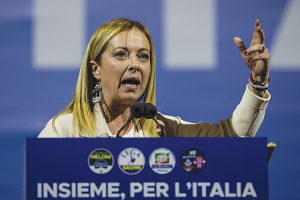 What happens in Italian politics doesn’t often stay in Italy.
From Fascism to Nazism; from Berlusconi to Trump; from the rabble-rousing Five Star Movement to the disruption wrought by social media, Italy has often served as a political laboratory for liberal democracies.
So, would a victory in Sunday’s election by the far-right Brothers of Italy and its leader Giorgia Meloni pull Europe in her direction?
Signs already point that way. In the past decade, far- and alt-right politicians have steadily emerged from the shadows in Europe where they had been relegated since World War II. The cordon sanitaire that kept them out of power is breaking down. The rise of the radical anti-immigrant Sweden Democrats party, which finished second in this month’s vote and may well become kingmakers in a governing coalition, is the latest sign of that breach.
In a rally, Meloni, who revels in slamming immigration, said she hoped that Spain’s right-wing Vox party would gain traction with the success of Brothers of Italy. Earlier this month, her party opposed a European Parliament motion declaring Hungary had become an “electoral autocracy” and could no longer be considered a democracy. Its prime minister, Viktor Orban is “a gentleman who won elections several times according to the rules,” Meloni told Italy’s state radio. Meantime, she hasn’t been able to quash concerns that Russian interference has sought to benefit her electoral allies, Matteo Salvini’s League and Silvio Berlusconi’s Forza Italia.
A Meloni win would mark an abrupt change for Europe from the technocratic coalition led by Mario Draghi, which provided stable — even effective — governance since its appointment in February 2021. Fuelled by a post-pandemic handout from the EU totaling 260 billion euros ($258 billion) in loans and grants by 2026 Italy has seen rare growth. The economy is expected to expand 3% this year after 6.5% in 2021. That has kept the country’s vast debt load at about 150% of gross domestic product.
Draghi also fostered liberal, Atlanticist policies and close relations with Emmanuel Macron of France and Olaf Scholz of Germany, as well as Joe Biden. While Meloni has said she’s pro-EU and pro-Nato, her approach to the US veers toward the Trumpian right. Along with Orban, she spoke to the Conservative Political Action Conference this year.
Ironically, Meloni’s policies at home could be contained; first by her political bedfellows, and then by economic pressure. After the Sept. 25 vote, it will take until mid-October at the earliest to present a coalition to President Sergio Mattarella. Bickering with Salvini that has characterised the campaign isn’t likely to diminish, particularly if she takes substantial votes from his League and Berlusconi’s Forza Italia.
If forming a right-wing government proves untenable, some observers suggest it may in turn prompt Mattarella to seek another unelected official as prime minister. It’s not impossible to imagine Italy could see another government led by a Bank of Italy technocrat, even if Draghi has ruled himself out. In any case, chatter in Parliament’s corridors suggests there’s already expectation the Quirinal Palace — perhaps Draghi himself — will have a hand in ensuring Meloni appoints a finance minister to pacify markets.
Then there’s the economy. While the International Monetary Fund in August noted growth had “rebounded vigorously” from Covid-19, the effect of the war in Ukraine, inflation and energy shortages will hit living standards. But with the disbursement of the EU’s bumper post-pandemic funds a vital stay in supporting the economy, there’s a limit to how much of a collision course with Europe Meloni can afford.
True, a big win by Brothers of Italy will be a reminder of the weakness of Europe’s south, and the issues of immigration, falling birthrates, deindustrialisation, poverty and youth unemployment, after months when global attention has been on the vulnerability of Europe’s east with Russia’s war in Ukraine. The European Central Bank has also promised to help contain spreads on southern European debt.
Nonetheless, “Italy’s confrontational politics means it will be stressful to manage public debt,” says Paola Subacchi, professor of international economics at Queen Mary University of London.
Meloni’s greatest impact could be felt throughout Europe. In liberal circles in Rome, there are already worries of a Pandora’s box of contagion being opened by a Meloni win. History is instructive here too. Three years ago, in September 2019, I sat in the office of one of the bosses of Italy’s biggest companies and discussed the risk to Europe from what then seemed like the inevitable rise to power of Salvini.
The industrialist argued that the lesson from history wasn’t that Europe was at risk when Italy got a hard-right leader, but when that paved the way for one in Germany. Shocking though that statement seemed at the time, the argument sounds prescient today. The risk to Europe may well not be Giorgia Meloni herself, but how her influence spreads.
—Bloomberg 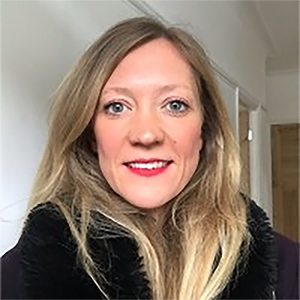 James Stavridis is a Journalist. Contributing columnist at Bloomberg