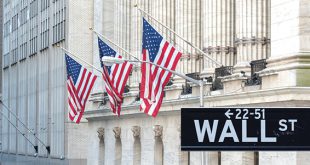 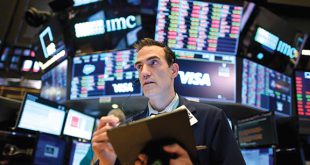 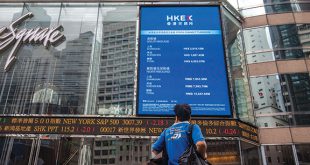 Commodities slid, led by metals, while U.S. stocks fluctuated as investors awaited more clarity on the timing of the Federal Reserve’s next increase in interest rates and the outlook for inflation. The yen strengthened.
Oil fell for a fourth day after Iran said again that it won’t countenance freezing output until its production is back at pre-sanctions levels, while iron ore tumbled on rising Chinese stockpiles and copper declined. The S&P 500 Index was little changed after last week’s gain, while the Stoxx Europe 600 Index fell. The yen rose from near this month’s low, spurred by the biggest trade surplus in six years and a U.S. rebuttal of Japan’s case for intervention to weaken the exchange rate. Treasury 30-year yields were little changed.
Investors are moving to price in the Fed’s first increase in interest rates since December after several policy makers signaled a move is becoming more likely, with Fed Bank of Boston President Eric Rosengren telling the Financial Times at the weekend that he’s ready to back a rate increase. Investors now see a 32 percent chance of a June rate hike, while the chances of a July increase have climbed to 50 percent. Regional Fed chiefs for St. Louis, San Francisco and Philadelphia are due to speak Monday. Chair Janet Yellen is due to deliver remarks on Friday.
“This is the first Monday in awhile we’ve had some decent merger news which is good for stocks but I think the market is just trying to digest what the Fed mentioned in the minutes last week,” Mark Kepner, managing director and equity trader at Themis Trading LLC in New York, said by phone. “With the minutes last week against the backdrop of very good economic numbers everyone is going to be looking at what’s coming out this week with housing, PMI and wages especially.”

Stocks
The S&P 500 added 0.1 percent at 9:35 a.m. in New York. Investors are also looking to economic data for indications of the strength of the world’s biggest economy and the trajectory of interest rates. A preliminary report due Monday is forecast to show U.S. manufacturing activity expanded in May.
The Stoxx 600 fell 0.2 percent. Miners were among the biggest decliners of the equity benchmark’s 19 industry groups as commodities tumbled.
Bayer AG lost 3.9 percent after disclosing an unsolicited $62 billion all-cash offer to acquire Monsanto Co. amid investor concern that it might overpay for a deal that would create the world’s biggest supplier of farm chemicals and genetically-modified seeds.
Apple Inc. suppliers AMS AG and Dialog Semiconductor Plc rose at least 2.7 percent, leading a gauge of technology stocks, after Taiwan’s Economic Daily News reported that the iPhone maker has asked suppliers to prepare production for a new version of its smartphones. Aixtron SE jumped 15 percent after the German supplier of semiconductor equipment said it has agreed to a €670 million takeover bid from a group of Chinese investors.
Growth in the euro area’s private sector unexpectedly slowed in May, signaling that the region won’t maintain the strong pace of expansion recorded at the start of the year.
A Purchasing Managers Index slipped to 52.9 from 53 in April, London-based Markit Economics said on Monday. Economists surveyed by Bloomberg predicted an increase to 53.2. A gauge for services activity held at 53.1, while one for manufacturing fell to 52.4 from 52.6.
The MSCI Emerging Markets Index added 0.3 percent. Taiwan’s Taiex jumped 2.6 percent, the most in eight months. Apple Inc. vendors Taiwan Semiconductor Manufacturing Co. and Hon Hai Precision Industry Co. were the biggest contributors to the gains, climbing more than 3.5 percent. Catcher Technology Co., another supplier, jumped 9.7 percent, the most since 1999.

Commodities
West Texas Intermediate crude dropped 1.6 percent to $47.62 a barrel. The Organization of Petroleum Exporting Countries is unlikely to set a production target when the group meets June 2 as it sticks with Saudi Arabia’s strategy to squeeze out rivals, according to all but one of 27 analysts surveyed by Bloomberg.
Iron ore prices fell in Asia as rising port inventories in China spurred concern that global supplies are once again topping demand. Futures on the Dalian Commodity Exchange fell 3.5 percent to 359 yuan a ton ($54.79). Steel rebar futures in Shanghai dropped 3.5 percent on Monday to 1,983 yuan a ton.
Copper fell 0.3 percent to $4,562.5 a ton. Zinc lost 1.5 % and nickel slid 1.2 percent. U.S. natural gas advanced after forecasts showing an increasing probability of above-normal temperatures in the northeast and Midwest, which can increase demand for electricity for cooling. Futures rose 2.5 percent to $2.114 per million British thermal units.

Currencies
The yen appreciated 0.5 percent to 109.57 per dollar, after losing ground in each of the last three weeks as Japanese officials warned they may intervene to weaken the currency. Finance Minister Taro Aso raised the issue in a meeting with U.S. Treasury Secretary Jacob J. Lew, who said yen moves haven’t been overly volatile. The two were attending a meeting of Group of Seven finance chiefs in Japan.
Turkey’s lira slid 0.5 percent, the fourth-biggest decline among 24 emerging-market currencies, and the yield on 10-year bonds rose 13 basis points to 10.41 percent. Prime Minister-designate Binali Yildirim over the weekend told the ruling AK Party’s extraordinary congress that he will seek to change the constitution to transfer the center of power to the presidency instead of parliament. Yildirim succeeds Ahmet Davutoglu, who announced his resignation this month after failing to assert his authority against President Recep Tayyip Erdogan. The lira has lost 6.9 percent this month. A measure of implied price swings in the pound over the next one month climbed to its highest since February as the vote that will decide the fate of Britain’s membership in the European Union draws closer. One-month implied volatility, a measure of price swings based on options, climbed 71 basis points to 11.18 percent.