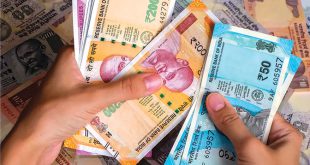 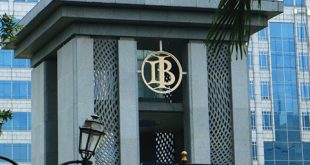 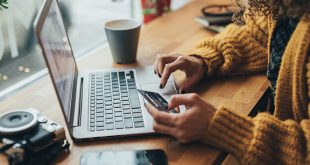 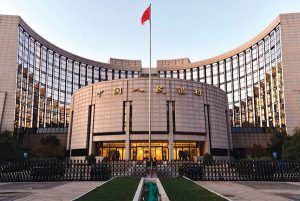 China’s central bank refrained from cutting interest rates despite mounting evidence of a sharp slowdown in economic growth, suggesting policy makers may be concerned about the currency’s depreciation and capital outflows.
The People’s Bank of China (PBOC) kept the rate on its one-year medium-term lending facility at 2.85% on Monday. Economists had been split on the decision, with 13 of the 25 surveyed by Bloomberg expecting no change, and the rest predicting a reduction between 5 basis points and 15 basis points.
The PBOC also rolled over the maturing 100 billion yuan ($15 billion) of medium-term lending facility loans without providing additional liquidity. PBOC restraint comes even as the nation’s industrial output and consumer spending slid in April to the worst levels since the beginning of the Covid-19 pandemic.
“The MLF rate came in unchanged as expected, as the PBOC could hesitate to cut policy rates while the Federal Reserve is tightening aggressively,” said Xiaojia Zhi, an economist at Credit Agricole CIB in Hong Kong. That said, the window could be open for a cut to the loan prime rates by five basis points, she added.
Officials have expressed concerns about inflation pressure and capital outflows as the Fed and other major economies begin hiking interest rates. Foreign outflows from Chinese bonds reached a record in March as China’s yield premium over the US disappeared. The yuan has depreciated about 6.7% against the dollar since the end of March, making it the worst performing currency in Asia during the period.
The PBOC’s stimulus has been relatively modest this year. It cut the MLF rate in January and made a smaller-than-expected reduction in the amount of cash banks must keep in reserve in April. Policy makers have relied instead on using structural tools to target weaker areas of the economy, such as relending programs for small businesses.
The central bank took steps to ease a housing crunch by reducing the lower-bound range of mortgage interest rates for first-time homebuyers.
That’s after data showed a plunge in home loans in April.
Authorities also announced a phased reopening of shops in Shanghai after a six-week lockdown. Covid lockdowns in major cities and stringent curbs in many other places are disrupting factory operations, cutting consumer spending and snarling supply chains. Bloomberg Economics estimates gross domestic product declined 0.68% in April from a year ago, the first contraction since February 2020.
The Covid restrictions are reducing the effectiveness of monetary stimulus, with data Friday showing companies and consumers have little appetite to borrow. Credit growth weakened sharply in April, with new yuan loans sinking to the lowest level since December 2017.
Liquidity is stockpiling due to problems with monetary policy transmission, said Zhaopeng Xing, a senior strategist at Australia & New Zealand Banking Group, “A rate cut cannot solve the current problems,” he said. The seven-day repo rate, a key short-term funding gauge for banks dropped last week to lowest since 2020.
Meanwhile, policy divergence between China and the US is set to continue. Deputy PBOC Governor Chen Yulu has said loan rates have been guided lower and new policy tools are planned to support the economy. Federal Reserve Chair Jerome Powell on the other hand reaffirmed the US central bank is likely to raise rates by 50 basis points at each of its next two meetings.
China’s offshore yuan swung to a loss after the data release. It dropped 0.2% to 6.8116 per dollar at 2:53 pm in Shanghai, while the benchmark 10-year yield rose one basis point to 2.83%.