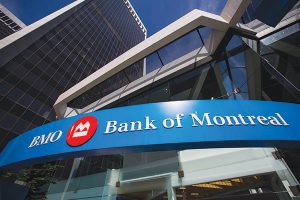 Canada’s banking regulator increased a key capital requirement for large banks — and raised the potential range of the measure — giving it more power to protect the country’s financial system from elevated risks.
The Office of the Superintendent of Financial Institutions (OSFI) said that it’s lifting the domestic stability buffer to 3% by February 1, up from its current 2.5% level. The regulator also boosted the range of the buffer to as much as 4%, beyond the previous limit of 2.5%.
The measures show OSFI sees growing risks to the financial system — including rising household debt, persistent inflation and geopolitical turmoil — that require it to have more latitude to protect the financial system.
Yet the economy is currently growing and loan losses are low, making this a good time to make banks build larger buffers that can later be released when stresses begin to materialise and they need to put the capital to work to absorb losses and maintain lending, the agency said.
“We’re seeing that loan growth is remaining stable, and we see delinquencies also remaining stable,” Angie Radiskovic, OSFI’s assistant superintendent and chief risk and strategy officer, said on a conference call with
reporters.
“We have seen a bit of an uptick recently in delinquencies, but that comes off a very low level to begin with.”
Canada’s five largest banks are sitting on about C$73.3 billion ($54 billion) in extra Common Equity Tier 1 capital beyond what regulators require them to hold, giving them ample capacity to absorb potential loan losses. That stockpile, however, is expected to decline over the next year as three of the firms complete major acquisitions.
Bank of Montreal shares fell as much as 2.3%, the biggest drop among any of the large Canadian banks, and touched their lowest point in a month in intraday trading. The lender, which is buying Bank of the West from BNP Paribas SA for $16.3 billion, is the most affected by OSFI’s announcement, according to National Bank of Canada analyst Gabriel Dechaine.
Bank of Montreal could explore alternatives such as credit-risk transfers, assuming it hasn’t already reached an agreement with OSFI to achieve the minimum buffer “over several quarters,” Dechaine said.
“BMO’s capital position suddenly looks a lot weaker,” Dechaine said said. Representatives for Bank of Montreal didn’t immediately respond to requests for comment.
The increase to the domestic stability buffer brings the total capital cushion that the banks are required to hold to 11%.