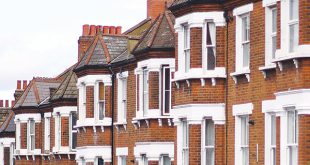 South Africa is struggling to stave off recession after commodity prices fell, demand from China weakened and the worst drought in more than a century. Investors are still making more profit from that country’s property companies than from landlords in central London.
Growthpoint Properties Ltd., South Africa’s largest real estate investment trust, and Resilient REIT Ltd. have gained more than 14 percent over the past three months, making them two of the top three performers in the Bloomberg EMEA REIT Index, which is up about 1.3 percent in the period. That compares with declines of 13 percent or more for Workspace Group Plc and Derwent London Plc, the worst performers in the gauge.
Demand for office space in the global financial hub is at risk of falling as Britain faces a vote to leave the European Union in a referendum in June. London real estate companies that own development land plots have also seen sharp declines in their stocks. St. Modwen Properties Plc, which owns land in the Nine Elms district, has dropped about 28 percent in the last three months, while Capital & Counties Properties Plc, which plans to develop thousands of homes in the Earls Court district, has fallen 24 percent in the period.
In South Africa, most landlords have locked in annual lease increases of about 8 percent, protecting them from inflation, according to Investec Asset Management (Pty) Ltd.
“The lease escalations provide a buffer against inflation, drive bottom-line income growth and ultimately aid total returns for investors,” said Neil Stuart-Findlay in Cape Town, who helps manage the Investec Property Equity Fund, which has 5.5 billion rand ($360 million) in assets. Demand for U.K. assets has been affected by fears the country may vote to leave the European Union political bloc, he said.
Funds managed by BlackRock sold 1.35 million shares in Workspace, according to a March 18 filing, the same day the asset manager reported an additional 660,000 shares in Growthpoint. BlackRock declined to comment.

Fanning Inflation
A depreciation of about 20 percent in the rand over the past 12 months is also fanning inflation in South Africa, pressuring consumers and compounding risks that tenants stop paying rent. The central bank lowered its inflation forecast for the year to an average of 6.6 percent from 6.8 percent, still above its target range of 3 percent to 6 percent.
To compensate for currency weakness, companies have been expanding abroad. Offshore earnings account for 36 percent of income in the the 21-member FTSE/JSE South Africa Listed Property Index, compared with less than 10 percent five years ago, according to Liberty Holdings Ltd.’s Stanlib, the country’s largest investor in publicly traded real estate firms.
Resilient, which has rallied 28 percent over the past year, has exposure to the U.K. and Romania. Growthpoint, which has assets in Australia, is looking for opportunities in Europe and plans to expand in countries including Namibia, Zambia and Kenya.

‘Fully Valued’
While earnings for the industry probably rose as much as 10 percent in 2015, the rally in the shares means that they are “fully valued,” said Keillen Ndlovu, who oversees Stanlib property funds.
Others are more optimistic. “South African REITs are conservatively geared, well-hedged and heading into an upward-rising interest-rate market,” said Geoff Jennett, chief executive officer of the Emira Property Fund (Pty) Ltd. REIT. “They will do well.”