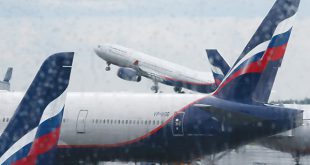 Aeroflot back to future as sanctions ground its goals 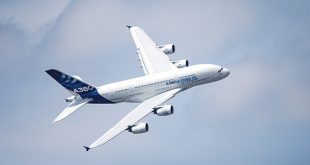 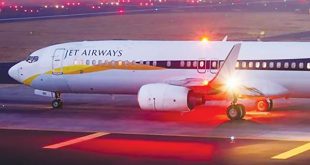 Jet Airways to resume flying by September in Indian market

Shares in Air France-KLM went into freefall on Wednesday, a day after the company said Alexandre de Juniac is to resign as chairman and CEO to take charge of aviation industry group IATA.
Juniac helped Europe’s second biggest airline group return to profit last year for the first time since 2008, but his four-year spell at the helm was also marked by acrimonious relations with pilots.
On announcing the surprise move, the Franco-Dutch company said it was hoping to appoint De Juniac’s replacement from August 1 at the latest.
Around 0720 GMT, the company’s shares were down nearly seven percent on an overall firmer Paris stock exchange.
Air France-KLM paid tribute to De Juniac’s role in “achieving the group’s economic and financial recovery, enhancing its range of services and winning back customers.” De Juniac took charge at Air France in 2011, becoming chairman of Air France-KLM a year later. He leaves the company on the track to recovery but still in a fragile position, facing tough competition from Gulf-based competitors for long-haul business and from low-cost rivals for short-haul market share.
The return to profits, announced in February, came after a major restructuring to boost productivity and a 2014 strike by Air France pilots that was one of the longest in the company’s history.
The results marked a boost in fortunes for Air France after images of two of its executives, their shirts ripped by staff in an angry protest over redundancies, made world headlines last October.
Management in January unveiled a new 2017-2020 growth plan that will include 1,600 voluntary departures by the end of next year, according to union sources.
Juniac will take charge of aviation industry group IATA. “Juniac will be the first
person coming from a French airline to lead IATA,” Air France-KLM said in a statement.