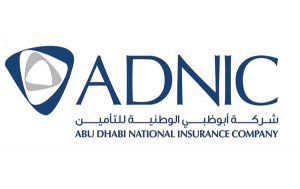 Abu Dhabi National Insurance Company (Adnic) has reported its financial results for the six-month period ended June 30, recording a net profit of AED186.9 million.
Commenting on Adnic’s performance, Sheikh Mohamed bin Saif Al-Nahyan, Chairman of Adnic, said, “Adnic continued to deliver steady performance in the face of challenging global economic conditions. As we move into the second half of the year, we are optimistic about our future outlook. We will continue to invest in latest technologies to adapt to current and future market needs, and meet UAE’s government aspirations.”
He added that Adnic delivered a robust second quarter in terms of top-line growth, with gross written premiums higher by 20.9% to AED3.23 billion. Loss ratios were broadly stable despite pricing pressures in certain lines as well as normalised consumer behaviour.
As a result, net underwriting income for the first half of the year was AED253.9 million, an increase of 24.2%, due to a well-diversified book of business.
“Investment Income was impacted by high mark to market volatility across several asset classes with most major asset classed down between 10% and 20% for the year to date. Our expense management continues to be strong and growth in expenses lower than premium growth, despite the continued cost from compliance such as IFRS 17 implementation and investments into new technologies and capabilities.”
For the six-month period, Adnic’s gross written premiums increased by 20.9% to AED3.23 billion, compared to AED2.67 billion for the same period in 2021. Meanwhile, the overall premium retention ratio is 31.9%, compared to 34.3% for the same period in 2021.
The company’s net underwriting income stood at AED253.9 million, against AED280.3 million during 2021.
General and administrative expenses stood at AED129.0 million, compared to AED118.9 million for the same period last year.
The net technical profit was AED124.9 million, against AED161.4 million in 2021.
Adnic’s net investment and other income were AED62.0 million, compared to AED87.3 million last year.
Ahmad Idris, CEO of Adnic, said, “We will continue to engage strongly with all stakeholders with our various initiatives in areas including emiratisation, health & wellbeing, climate change and giving back to the local community. Over the past few months, we have renewed our partnerships with several CSR initiatives and Emirates Nature-WWF, developed a UAE national talent programme called ‘Emkanati’, and deployed our health and wellness app ‘LiveWell’ for customers.
“With 2022 being the company’s 50th anniversary, we will continue to be engaged in initiatives that contribute to the betterment of society and support the UAE’s various strategic projects as both Adnic and the country begin their journey towards the next 50 years.”