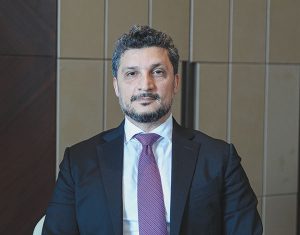 Global Mission, an Abu Dhabi based non-profit, along with its global partners, has established a $US17 billion fund to help achieve the United Nations’ 17 Sustainable Development Goals (SDGS) across the globe, a senior executive told the Emirates News Agency (WAM).
“This ‘Global Fund for Sustainable Development’ is the most ambitious SDG-fund worldwide. Based in Abu Dhabi Global Market (ADGM, the international financial centre in the capital), the fund targets to raise $17 billion, and $1 billion each will be allocated for each SDG,” said Mohamad Elsamad, Executive Director of Operation and Administration at Global Mission.
In an exclusive interview with WAM, he emphasised that it is an initiative on the occasion of the 50th anniversary of establishment of the UAE. “Thanks to this great nation, this amazing capital city, Abu Dhabi, is witnessing the birth of such a huge ambitious project and we are so confident and certain that we are going to achieve, and even overachieve our targets.”
“After overcoming certain hurdles such as the global pandemic, on September 25, the birthdate of SDGs that is called ‘action day’, we were able to constitute a committee to oversee this ambitious fund,” he revealed.

Since established in 2017 at Masdar City in Abu Dhabi, Global Mission under the chairmanship of Khalid Al Mutawa has been working very hard with global stakeholders, including the UN, governments, non-governmental organisations, and other international players to support achieving the SDGs across the world, Elsamad said.
“After overcoming certain hurdles such as the global pandemic, on September 25, the birthdate of SDGs that is called ‘action day’, we were able to constitute a committee to oversee this ambitious fund,” he revealed.
The committee, chaired by Elsamad, is comprised of representatives of many global stakeholders that work towards achieving the SDGs.

100 projects in the beginning
The 17 SDGs are an urgent call for action by all countries in a global partnership, as part of the 2030 Agenda for Sustainable Development, adopted by all United Nations Member States in 2015. The SDGs recognise that ending poverty and other deprivations must go hand-in-hand with strategies that improve health and education, reduce inequality, and spur economic growth – all while tackling climate change and working to preserve our oceans and forests, according to the UN.
Although only eight years are left to achieve the SDGs by 2030, there was not much progress so far, Elsamad pointed out. “Actually, it was the other way around. We have experienced more environmental deterioration, more hunger and more climate change in the past few years. But we are very much hopeful that we can still make the change. Anything can be done if you create the right mindset with the right people.”
Elsamad said the committee of the Global Fund for Sustainable Development has identified around 100 projects to start working with during the first 12 months.
“The projects will be implemented in cooperation with governments and private sector. It will be a PPP [public-private partnership] platform.”

Right platform for whole planet
There are a lot of leaders, corporations, managers and individuals who want to create a difference, but they are not sure how to take that initiative, the executive said. “So, if you create the right platform and you can create the impact quicker, it is easier for all other enthusiasts to join there.”
He made it clear that the projects will not be limited to any particular country, region or a continent. “We want to work for the whole planet. We need to create the right environment for the investors and for the companies to achieve the right goals to make an impact under the SDGs.”
The projects will be profitable for the investors because sustainability means financial sustainability as well, he clarified. “So, we’re going to work hand in hand with the corporations. But, for us, the main target is going to be really the impact under the SDGs.”

Health, environment as priorities
Asked about the top priorities among the SDGs, he said health will be one of the primary targets. “Then we are going to have a few projects in environment with a focus on carbon emissions, plastic pollution, clean water etc.”
Elaborating on the projects in health sector, Elsamad said there is a huge shortage of manpower and medicines, which have to tackled.
“Once we establish the fund, it is going to be invested immediately in certain projects that are ready but need financial support. Each project will be evaluated and rated by our own internal rating system.”
The committee will soon declare its directors, mostly entrepreneurs, environmentalists, and advisors to governments and UN organisations. “They will work together for this great cause.”