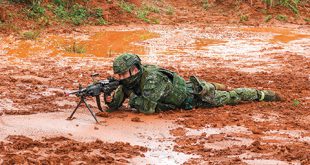 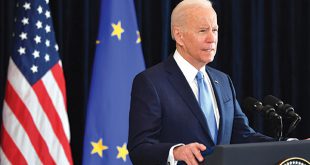 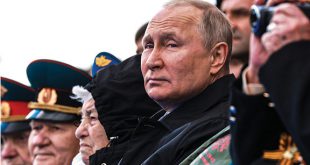 Global military spending has begun rising in real terms for the first time since the US began its withdrawal of troops from wars in Iraq and Afghanistan, according to the Stockholm International Peace Research Institute.
Defense budgets rose 1 percent to $1.68 trillion in 2015, making up about 2.3 percent of the world’s gross domestic product, Sipri said in a report on Tuesday. While the US spent the most at $596 billion, that was down 2.4% compared with 2014, while China’s outlay increased 7.4 percent to $215 billion.
Concern about a possible advance by Russia into North Atlantic Treaty Organization territory following the Crimea invasion and hostilities in east Ukraine led to a surge in spending in Eastern Europe, as Chinese ambitions in the South China Sea spurred arms purchases among Southeast Asian states.
Defense budgets have been under pressure since the financial crash, with some of the world’s biggest spenders, including the UK, France and Germany, scaling back amid austerity programs. Following the November terror attacks in Paris and the expansion of campaigns against IS, those countries plan “small increases” in 2016, Sam Perlo-Freeman, the report’s author, said.
Russia, where slumping oil receipts have weighed on the economy, fell to fourth position in the global rankings, with Saudi Arabia taking third spot. The Mideast country, also hurt by the lower price of crude, would have cut spending too had it not been for the $5.3 billion cost of its military campaign in Yemen.
Russia’s defense budget is set for a slight fall in nominal terms and an 8 percent real decline, Perlo-Freeman said, while Saudi Arabia plans a “large cut,” though with a significant budgetary reserve.