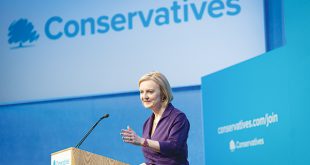 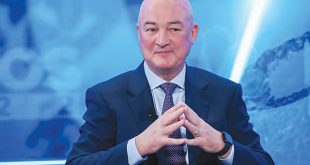 Jack Hands SPECIAL TO EMIRATES BUSINESS
It was Libya in 2011 – the uprising against Colonel Muammar Gaddafi and the subsequent shocking scenes of a bloodied dictator reduced to waiting on his fate in a dusty street just west of Sirte – that reinforced North Korea’s long-held belief that the only way to truly deter an outside attack would be to maintain and develop its own nuclear weapons program.
Indeed, in March 2011, a North Korean spokesperson announced to the world the lessons that Kim’s regime had learned. ”It has been shown to the corners of the earth that Libya’s giving up its nuclear arms….was used as an invasion tactic to disarm the country by sugar-coating it with words like ‘the guaranteeing of security’ and the ‘bettering of relations.’ Having one’s own strength,” the official continued, “was the only way to keep the peace.”
Whether one is to agree with the international intervention in Libya or not, it is true that Gaddafi, the only ever international leader to give up his nuclear weapons program, was betrayed. He had renounced his weapons program, cooperated on Lockerbie, and handed over to the West its files on al-Qaeda and the IRA. Political, economic and cultural relations had developed but when the rebel-led uprising arose, a Western military coalition provided the support to remove him.
This, together with the invasion of Iraq over a decade previously, forged a deep and very genuine suspicion of the West among the North Korean elite. The DPRK has survived for so long, against all odds, far outliving other repressive states, largely because of the astute Machiavellian brilliance of its political strategy.
It knows that in order to increase the likelihood of self-survival, it needs a nuclear weapons program, being astutely aware that a nuclear-backed state is never going to be invaded by an outside power because the risks would be too great. For many years now, the sole raison d’être of North Korea has been the self-preservation of the ruling family and the surrounding elites, ahead of any attempt to genuinely improve its economy or reduce the shocking levels of daily poverty found across the country.
Almost all actions taken at the domestic and diplomatic level have been aimed at achieving the overall objective of self-preservation. North Korea, therefore, will absorb the pain of sanctions, because from its perspective disbanding its weapons program is akin to suicide. While it may lose out on luxury goods and Kim Jong-un may struggle to gain access to his favorite Swiss emmental cheese, from its view this is a small price in avoiding the fate of Gaddafi.
While the latest round of sanctions are deep, placing bans on luxury goods and all transfers of small arms and light weapons as well as introducing mandatory inspections on cargo, they are by no means so radical that they will force the North Korean state to consider abandoning it weapons program. The DPRK is the “sanctions state,” battle-hardened and immune to them, arguably more so than any other state globally, with differing levels of sanctions placed upon it for almost three decades.
Sanctions of course also depend on Chinese willingness to enforce them for a sustained period of time. This is by no means guaranteed – China has been notoriously lax in previous bouts of sanctions aimed at making life difficult for the North Korean regime. Chinese and North Korean elites are well versed in moving money around through the black economy and testimony from local business leaders suggests that the sanctions are not likely to cause serious damage or fundamentally change business dealings.
In fact, sanctions could do the opposite of what U.S. President Barack Obama intended when he said “they are aimed at halting Pyongyang’s efforts to advance its weapons of mass destruction programs.” Instead, the sanctions may well help shore up domestic support for Kim Jong-un by playing into the very successful propagandized narrative that outside powers are out to get North Korea.
One of Kim Jong-un’s political survival tools is his ability to portray himself as the defiant protector of the nation’s security. He does this through highly effective propaganda, creating a siege mentality about the outside world’s hostile intentions towards it. Highlighting South Korea’s “cultural abandonment,” framing it as a puppet of the United States, Pyongyang can use sanctions as yet another demonstration that the only way North Korea can stay strong and independent is by trusting the leadership. Fail to do that, the narrative goes, and North Korea will face destruction by a world which is out to destroy them and devalue its “pure culture.”
Ultimately, all of the international sanctions and rhetoric doesn’t change the fact that the world is far more reluctant to engage in conflict with a nuclear armed North Korea, than it was with a non-nuclear armed Libya. The gruesome end to Gaddafi’s rule has likely confirmed what Kim Jong-il and now Kim Jong-un have long been understood: A dictator who wants to hold on to power should also hold onto his nuclear weapons. While the sanctions may hurt North Korea economically, and even slow the rate of nuclear proliferation, they will not bring real change to North Korea.

Jack Hands is a former political advisor, having worked in the U.K. and European parliaments. He has written for several major political blogs, notably Conservative Home