VR’s success — Is it virtually assured? 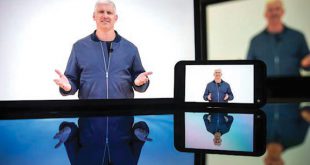 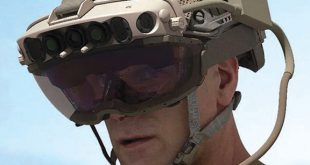 Unlike when Google Glass was first unleashed on the world, the hype surrounding virtual reality and headsets from the likes of Oculus and HTC is clearly not misplaced.
According to the latest data from research firm Strategy Analytics, revenues generated from headset sales alone are expected to generate some US$895 million before the end of 2016.
However, the cutting-edge VR headsets that need to be tethered to a PC or console are only now hitting the market — the Oculus Rift started shipping in March and HTC’s much lauded Vive headset won’t be wowing owners until June at the earliest.
Therefore, it’s basic smartphone compatible devices that will account for the vast majority of the 12.8 million headsets expected to be snapped up in 2016.
“Consumers will soon be exposed to an incredible diversity of virtual reality options ranging from ultra-low cost to super premium. While we expect smartphone-based viewers to take the lion’s share of VR headset volumes in 2016 at 87 percent of shipments, PC and Game Console powered headsets will absolutely dominate value share commanding 77 percent of revenues,” said Cliff Raskind, Director of Strategy Analytics’ Wearable Device Ecosystems service.
Still, just like Google Glass, Strategy Analytics believes the premium price tag of premium VR headsets means that they will remain a niche product in the coming months.
“The high price of these devices will act as a significant barrier to more widespread uptake,” said David Watkins, Director of Strategy Analytics’ Connected Home Devices service. “Adoption of the more expensive, high-end PC and Game Console based devices will be limited to a subset of early adopter enthusiasts and hard core gamers.”
As for wider consumer adoption, content is the sticking point. “The PC and Console powered virtual reality market is entering the classic chicken and egg phase whereby the major games publishers are waiting on the side-lines until there are enough VR headsets and users in the market for it to make financial sense for them to build a VR library of content,” said Watkins.
Nevertheless the firm is backing 2016 to be the pivotal year for VR.
“We believe VR has the potential to fuel a new tech spec race in hardware areas such as display resolution, GPUs, storage and 360° cameras,” said Raskind.
As per wikipedia, most up-to-date virtual realities are displayed either on a computer screen or with a special virtual reality headset, and some simulations include additional sensory information and focus on real sound through speakers or headphones targeted towards VR users.
Some advanced haptic systems now include tactile information, generally known as force feedback in medical, gaming and military applications. Furthermore, virtual reality covers remote communication environments which provide virtual presence of users with the concepts of telepresence and telexistence or a virtual artifact (VA) either through the use of standard input devices such as a keyboard and mouse, or through multimodal devices such as a wired glove or omnidirectional treadmills. The immersive environment can be similar to the real world in order to create a lifelike experience.