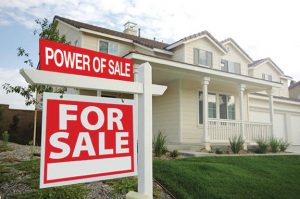 Toronto, a city of more than 6.5 million people, has just 3,200 homes left for sale to start the year after a real-estate frenzy fuelled by low interest rates drove the market to record levels.
More than 121,000 homes were sold in Canada’s biggest city in 2021, up 28% from the previous year and smashing the previous high set in 2016, according to data released by the Toronto Regional Real Estate Board.
Buyers competed for the dwindling number of properties by bidding up prices: the average selling price for the year was nearly C$1.1 million (about $862,000) in Toronto, also a record and up 18% from a year earlier, the board said. Sales got weaker in the second half as supply dried up.
A year ago, there were about 7,900 homes for sale.
The numbers will add urgency to a the growing debate about how to address the cost of housing, which is fast spiralling out of reach for many working Canadians in the largest cities, regardless of whether they buy or rent.
Vancouver, long Canada’s most expensive real estate market, reported its own record-breaking year.
Local authorities in both Toronto and Vancouver have tried to cool off their housing markets by taxing foreign buyers in recent years. Though these measures had some effect initially, the past year’s activity has exposed a bigger problem — the mismatch between Canada’s population growth and the pace of homebuilding, which many see as the root of a national housing shortage.
“The only sustainable way to moderate price growth will be to bring on more supply,” Jason Mercer, the Toronto real estate board’s chief market analyst, said in a press release accompanying the data. “History has shown that demand-side policies, such as additional taxation on principal residences, foreign buyers, and small-scale investors, have not been sustainable long-term solutions to housing affordability or supply constraints.”
While Prime Minister Justin Trudeau was returned to power in an election last year on promises to address the cost of housing, the measures most immediately available to the federal government — such as new taxes on speculators and help for first-time buyers — are ones that affect demand. Supply is most directly controlled by municipal and provincial governments, which hold sway over rules for land use and development. Reforms to these processes appear to be a ways off in both Toronto and Vancouver.
In the meantime, both cities saw new listings fall last month. The 3,232 listings still active in Toronto at the end of December, and the 5,236 in greater Vancouver, were the lowest in records going back decades.
With so few properties to buy, prices continued their ascent in December. The average price in Toronto topped C$1.2 million for the first time on a seasonally-adjusted basis — the eighth consecutive monthly increase.