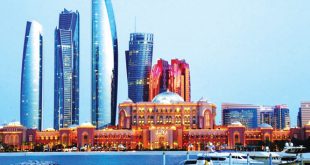 Justice Antonin Scalia’s unexpected death not only unleashed a bitter partisan debate over the president’s powers, it has also shaken up both party’s presidential nominating contests and provided ready ammunition for volleys fired between the candidates’ camps.
The ultimate beneficiaries could be Democrat Hillary Clinton and Republican Ted Cruz, and the battle itself could reshape the US Senate, the body tasked with approving the next president’s Supreme Court nominees.
“This news has the potential to be a game changer,” said Jim Manley, a Democratic strategist, Clinton supporter and former aide to Senate Minority Leader Harry Reid of Nevada. “Republicans have always paid more attention to the Supreme Court than Democrats. This news, I hope, will change that.”
Clinton should “hit it at every available opportunity as an example of exactly what’s at stake in this election,” Manley said, mentioning voters torn between Clinton’s experience and Senator Bernie Sanders’ idealism.
Clinton, with a narrow win in Iowa and a loss in New Hampshire, has sought to turn the campaign narrative away from the question of why young, independent, working-class and even women voters are supporting her rival, Sanders, and whether minority voters could be next. The fight over replacing Scalia could help create that shift by highlighting what is at risk in the general election and help Clinton underscore the importance of experience and electability.
“The people of this country should send a very clear message: That is not that way our constitution works,” Clinton said of Republican plans to hold up a nominee during a Presidents Day rally in Elko, Nevada. “You have a duty, we expect you to fulfill it.”
The fight over Scalia’s replacement presents a unique opportunity for Cruz, a lawyer who clerked for William Rehnquist, the court’s chief justice in the 1990s, and later argued cases before the Supreme Court.
A former Texas solicitor general and accomplished Supreme Court litigator who taught classes about presenting cases before the high court, Cruz made the Supreme Court a centerpiece of his campaign long before Scalia’s death. On the stump, Cruz regularly inveighs against last summer’s “judicial activist” decisions to uphold Obamacare and make same-sex marriage a constitutional right. When the news of Scalia’s death broke, Cruz’s campaign wasted no time in using it to try and diminish Republican front-runner Donald Trump.
“Life, marriage, religious liberty, the Second Amendment: We’re just one Supreme Court Justice away from losing them all,” the announcer says in a TV ad Cruz unveiled Monday that suggests if Trump were president he might choose a justice who strengthened abortion protections rather eroded them as religious conservatives want.
The ad shows a clip of a 1999 interview with NBC’s Tim Russert in which Trump says, “I am pro-choice in every respect” and that he would not ban the method of late-term abortion known as partial-birth abortion. The method has since been prohibited by a federal law that the Supreme Court has upheld. The announcer concludes, “We cannot trust Donald Trump with these serious decisions.”
Cruz’s campaign is aimed at the conservative wing of the Republican Party, a cohort that revered Scalia as its most outspoken advocate on the court. With the nation’s focus shifting to the balance of the court, it gives Cruz another opportunity to highlight Trump’s formerly liberal views on a range of issues the court often decides upon.
The Clinton campaign understands the potential to seize advantage with debate over the high court, especially with major donors and party activists who pay attention to nominations. But one Clinton aide who spoke on condition of anonymity cautioned that rank-and-file Democratic voters don’t traditionally think much about the Supreme Court as an institution, and that to drive the concerns home the conversation must focus on specific issues such as women’s and gay rights or immigration.Seizing the moment
To be sure, there is a counter-intuitive path by which both Sanders and Trump could benefit from their outsider appeal.

Voters could opt for the two candidates if they perceived the fight between Obama and Senate Republicans as just another sign of Washington dysfunction that needs shaking up.
Sanders strategist Tad Devine rejected the notion Clinton can take advantage of Scalia vacancy. “It’s hard to win the electability argument if you’re losing elections,” he said, referring to Clinton’s 22-point loss in New Hampshire.
Devine also said the vacancy isn’t as much of a worry to primary voters as their concerns about a rigged economic and income inequality, the centerpieces of Sanders’ campaign. “While I think it will be a consideration and a factor, I don’t think it’s going to rival the mood that voters are in to have someone take on the central economic problems in America,” he said.
Addressing supporters in Michigan on Monday, Sanders said Republicans “talk about the Constitution a whole lot. Well how about obeying the Constitution and start holding hearings?”
In the Republican primary, to the contrary, the base is acutely attuned to the judiciary.
Trump responded to Cruz’s ad on Monday with a scathing statement declaring that “Ted Cruz is a totally unstable individual.” The New York Republican promised to “appoint a great conservative” to the Court if elected president, mentioning as possibilities William Pryor and Diane Sykes, two George W. Bush-appointed judges who sit on circuit courts.
In Saturday’s Republican debate and then again on Twitter on Sunday, Trump attacked Cruz for supporting the 2005 nomination of John Roberts, the chief justice, who sided with liberal justices in 2012 and again in 2015 to uphold Obamacare against lawsuits designed to cripple the law. “Ted Cruz told your brother that he wanted John Roberts to be on the United States Supreme Court,” Trump said in an exchange with Jeb Bush. “They both pushed him, he twice approved Obamacare.”
“I did not nominate John Roberts,” Cruz fired back. “I would not have nominated John Roberts.”
Trump also sought to preempt a new line of attack on Sunday by saying he was merely joking last year when he said that his sister would be a “phenomenal” justice. Maryanne Trump Barry, a judge on the US Court of Appeals for the Third Circuit, has drawn controversy on the right for a past decision protecting the legality of late-term abortion.
Former Florida Governor Jeb Bush also used the Supreme Court issue to renew his attack on Florida Senator Marco Rubio by having a spokesmen wonder aloud Sunday if Rubio would appear in the Senate to vote on any potential nominee. A Rubio spokesperson fired back.
The Supreme Court vacancy “totally raises the stakes of the election and makes it a far more serious enterprise,” said Neera Tanden, president of the Center for American Progress, a Washington policy institute, and a longtime Clinton adviser.Senate in the balance
Even if Obama manages to fill the Scalia vacancy over Senate Republicans’ promises to block a nominee, the issue will only highlight the potential the next president may to have to shape the court given the ages of some of the sitting justices: Justice Ruth Bader Ginsburg is 82, Anthony Kennedy is 79 and Stephen Breyer is 77.
The issue may reverberate further in the months ahead with the potential to overturn the Republican party’s control of the Senate if the stand-off and the issues behind it remain unresolved and begin to impact Senatorial races.
Democrats are already targeting the five Republicans running in states won twice by Obama on the issue: Mark Kirk of Illinois, Ron Johnson of Wisconsin, Kelly Ayotte of New Hampshire, Rob Portman of Ohio and Pat Toomey of Pennsylvania. Republicans are also defending an open seat in Florida, where presidential candidate Marco Rubio has declared he won’t run for reelection.
A senior Senate Democratic aide promised a whale of a fight, indicating that Democrats would wield the issue as a weapon in the 2016 Senate elections if Republicans deny Obama’s nominee a vote. “People don’t need much help thinking that Republicans are the party of shutdowns, but they’re about to have a massive daily reminder that the GOP hates Obama more than they love the privilege of governing,” said the aide, who discussed strategy on condition of anonymity.
Clinton also said she thinks it will be difficult for Senate Majority Leader Mitch McConnell and other Senate Republicans to avoid acting because Democrats are fighting for control of the Senate in the November elections, and there are Republicans running in states with a more moderate electorate, such as Illinois, Pennsylvania and New Hampshire.
“I’m hoping that we’ll get somebody nominated that everybody will say, ‘Hey, the only reason to block this is pure partisanship, and so do your duty,”’ she said Monday.
While Democrats see Republican obstruction as a winning issue for them at the polls, Republicans are heeding warnings from figures such as talk show host Hugh Hewitt that their base will not accept any Republican support of an Obama nominee.
It’s not yet clear how much pressure Republican senators with contested primaries will face because of any past compromise over judicial nominees. Alabama’s Richard Shelby was out quickly opposing any Obama pick. Arizona’s John McCain, who also faces a primary challenge, in the past was an architect of bipartisan compromise on judicial picks.