Subpoenaed into silence about global warming 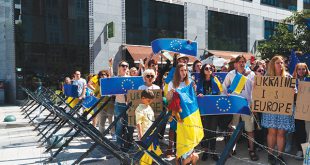 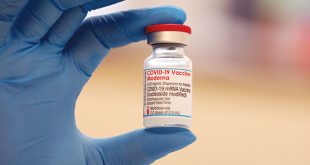 The Competitive Enterprise Institute is getting subpoenaed by the attorney general of the U.S. Virgin Islands to cough up its communications regarding climate change. The scope of the subpoena is quite broad, covering the period from 1997 to 2007, and includes, according to CEI, “a decade’s worth of communications, emails, statements, drafts, and other documents regarding CEI’s work on climate change and energy policy, including private donor information.”
My first reaction to this news was “Um, wut?” CEI has long denied humans’ role in global warming, and I have fairly substantial disagreements with CEI on the issue. However, when last I checked, it was not a criminal matter to disagree with me. It’s a pity, I grant you, but there it is; the law’s the law.
(I pause to note, in the interests of full disclosure, that before we met, my husband briefly worked for CEI as a junior employee. We now
return to our regularly scheduled programming.)
Speaking of the law, why on earth is CEI getting subpoenaed? The attorney general, Claude Earl Walker, explains: “We are committed to ensuring a fair and transparent market where consumers can make informed choices about what they buy and from whom. If ExxonMobil has tried to cloud their judgment, we are determined to hold the company accountable.”
That wasn’t much of an explanation. It doesn’t mention any law that ExxonMobil may have broken. It is also borderline delusional, if Walker believes that ExxonMobil’s statements or non-statements about climate change during the period 1997 to 2007 appreciably affected consumer propensity to stop at a Mobil station, rather than tootling down the road to Shell or Chevron, or giving up their car in favor of walking to work.
State attorneys general including Walker held a press conference last week to talk about the investigation of ExxonMobil and explain their theory of the case. And yet, there sort of wasn’t a theory of the case. They spent a lot of time talking about global warming, and how bad it was, and how much they disliked fossil fuel companies. They threw the word “fraud” around a lot. But the more they talked about it, the more it became clear that what they meant by “fraud” was “advocating for policies that the attorneys general disagreed with.”
New York Attorney General Eric Schneiderman gave the game away when he explained that they would be pursuing completely different theories in different jurisdictions — some under pension laws, some consumer protection, some securities fraud. It is traditional, when a crime has actually been committed, to first establish that a crime has occurred, and then identify a perpetrator. When prosecutors start running that process backwards,
it’s a pretty good sign that you’re
looking at prosecutorial power
run amok.
And that approaches certainty when attorneys general start sending subpoenas to think tanks that ExxonMobil might have supported. What exactly would the subpoena prove? That ExxonMobil supported opinions about climate change? That the opinions tended to be congruent with its own interests? That this opinion might have been wrong, and if so, might have encouraged wrong beliefs in others? This is a description of, roughly, every person or organization in the history of the world, not excluding attorneys general. It’s also not illegal. Especially since, as the New York Times points out, “the company published extensive research over decades that largely lined up with mainstream climatology.” This isn’t preventing consumers from buying into a Ponzi scheme; it’s an attempt to criminalize advocacy.
I support action on climate change for the same reason I buy homeowner’s, life and disability insurance: because the potential for catastrophe is large. But that doesn’t mean I’m entitled to drive people who disagree with me from the public square. Climate activists have an unfortunate tendency to try to do just that, trying to brand dissenters as the equivalent of Holocaust deniers.
It’s an understandable impulse. It seems easier to shut down dissenters than to persuade people to stop consuming lots and lots of energy-intensive goods and services.
But history has had lots and lots of existentially important debates. If you thought that only the One True Church could save everyone from Hell, the Reformation was the most existentially important debate in human history. If you thought that Communist fifth columnists were plotting to turn the U.S. into Soviet Russia, that was also pretty existentially important. We eventually realized that it was much better to have arguments like these with words, rather than try to suppress one side of them by force of law.
Unfortunately those who wield the law forget that lesson, and we get cases like the CEI subpoena, intended to silence debate by hounding one side. The attorney general doesn’t even need to have the law on his side; the process itself can be the punishment, as victims are forced to spend immense amounts on legal fees, and immense time and money on complying with investigations. (And if the law were on the attorney general’s side in a case like this, then that’s a terrible law, and it should be overturned.)
Prosecutors know the damage they can do even when they don’t have a leg to stand on. The threat of investigation can coerce settlements even in weak cases.
The enemies of the Competitive Enterprise Institute and ExxonMobil should hold their applause. In a liberal democracy, every guerrilla tactic your side invents will eventually be used against you.
The rule of law, and our norms about free speech, represent a sort of truce between both sides. We all agree to let other people talk, because we don’t want to live in a world where we ourselves are not free to speak. Because we do not want to be silenced by an ambitious prosecutor, we should all be vigilant when ambitious prosecutors try to silence anyone else.

Megan McArdle is a Bloomberg columnist who writes on economics, business and public policy