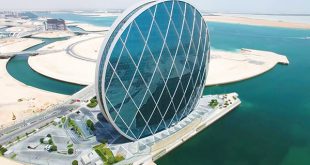 The sale of hundreds of subsidised flats by Madrid’s former city council to private equity investors such as Blackstone was riddled with flaws, a preliminary report from a local auditing body said.
The 2013 sale has long been a target of public anger in Spain at a time when the economy is still recovering from a deep recession, after raising fears thousands of tenants in the rent-controlled flats could be at risk of eviction.
In the leaked report, published in El Pais newspaper, the Madrid government’s audit agency said the auction to sell the social housing for €128.5 million lacked competition and transparency.
The report also raised questions about the sale price, adding it may have undervalued the properties and was not based on legal or technical studies.
A spokeswoman for the city council confirmed the findings of the report, though the audit agency said in a statement that it had not yet been approved by its members and could be modified in future versions.
Blackstone Group, one of the world’s largest alternative asset managers, along with Spanish fund Magic Real Estate, bought over 1,800 rent-controlled properties from the city council, then under the People’s Party (PP), as its housing budget collapsed after Spain’s economic crisis.
At the time of the sale, tenants were told their rental contracts would remain the same, but when some of them expire in the coming months new rents could increase by as much as 40 percent over the next three years, said Arancha Mejias, president of a support group for those affected.
A spokesman for Blackstone declined to comment.
Madrid’s left-wing city council, which supervises the auditor, said it would try to reverse the sale of the flats in court if the “irregularities” were confirmed when the final report is released.
“We are going to take this action so that the massive eviction does not take place,” Madrid’s Deputy Mayor Marta Higueras told a news conference. Officials did not rule out future lawsuits against the investors.
She said the city council was also looking at trying to find extra housing in the short-term.
In total, the administration of the PP’s former mayor Ana Botella sold almost 7,000 rent-controlled properties to investors. Botella has not yet responded to the report.
Last May, the PP lost its 24-year grip over the capital, as left-wing candidate Manuela Carmena won a mayoral election with her Ahora Madrid alliance, backed by anti-austerity Podemos.