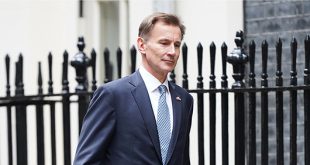 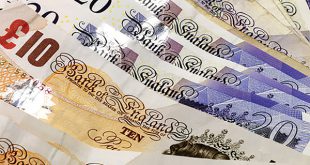 Rabobank Groep, the biggest Dutch mortgage lender, recorded a 20 percent rise in full-year profit after loan impairment charges plunged in 2015.
Net income jumped to 2.2 billion euros ($2.5 billion) from 1.8 billion euros for 2014, the closely held bank said in a statement on Thursday. Goodwill impairments fell 61 percent to 1 billion euros for the year as the Dutch economy strengthened.
“Our new business model will produce a better bank and a better cooperative,” Chairman Wiebe Draijer said in the statement. “There are three priorities for the strategic course between now and 2020: excellent customer service, a flexible and even stronger balance sheet and improved financial results.”
Rabobank is under pressure to cut costs as customers switch to mobile and Internet banking services. A plan outlined in December calls for eliminating at least 9,000 jobs over the next three years. Draijer, 50, a former McKinsey & Co. partner, also wants to offload 150 billion euros of assets by 2020 in preparation for tougher European capital rules. Rabobank, a cooperative formed in 1898 to serve Dutch farmers, has struggled to keep pace with changes in banking because of its legal structure. The 106 local units of the lender agreed in December to work together as a single entity with one banking license and a common annual report.
Draijer is also trying to repair Rabobank’s reputation after the bank admitted wrongdoing in a 2013 settlement over interest-rate manipulation and paid a 774 million-euro fine. The lender still faces an investigation by the U.S. Justice Department involving concerns over anti-money-laundering controls at its U.S. unit, Rabobank National Association. The U.S. asked the subsidiary in June for information about its procedures, and Rabobank said it was cooperating.
Rabobank wrote off 604 million euros in the value of its U.S. unit, saying the outlook for the business had deteriorated. It blamed costs, stricter capital requirements and a faltering loan book.
Bloomberg News reported in October that the U.S. is investigating whether some bank officials impeded internal efforts to scrutinize customer accounts and to report suspicious transactions at a branch of its California banking unit near the Mexican border. Some bank officials are also suspected of trying to cover up the alleged activity by withholding documents from the Office of the Comptroller of the Currency.