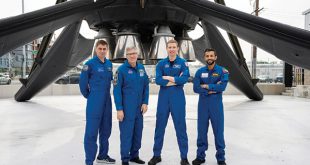 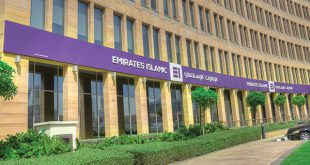 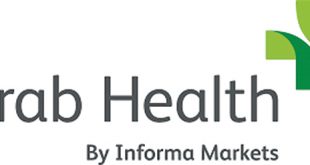 Rising political turmoil in Hong Kong could hurt economic growth in the freewheeling southern Chinese business hub, the city’s finance chief, John Tsang said as he unveiled measures on Wednesday to counter the impact of global weakness.
Tsang warned that political unrest would “unavoidably” damage the economy after riots rocked the city earlier this month, predicting a growth slowdown for 2016.
Financial Secretary John Tsang’s blunt comments in his annual budget speech highlight simmering tensions in Hong Kong, which has been increasingly polarized following the unsatisfactory resolution of pro-democracy street protests in late 2014.
“Acute social conflicts will add uncertainties to the already adverse economic environment” in Hong Kong, he said.
Tsang said tensions would remain high as Hong Kong prepares for Legislative Council elections later this year and a by-election in four days, which will pit pro-democracy candidates against Beijing supporters for seats in the former British colony’s legislature.
“We anticipate that political disputes will only intensify over the coming months,” he said. “Politics and economics are closely intertwined. Political volatility will unavoidably impact on our economy.”
To bolster flagging growth, Tsang rolled out 38.8 billion Hong Kong dollars ($5 billion) in relief measures for businesses and tax cuts.
Tsang said he was “shocked” by a riot during the Lunar New Year holiday earlier this month which left 130 people hurt, including 90 police officers. There were 72 arrests from the confrontation, with activists’ angry over authorities’ attempts to crack down on holiday food vendors selling fishballs and other local delicacies. Protesters viewed the clampdown as an assault on local culture and evidence of Beijing’s tightening hold on the city.
“Many of us feel suffocated by and, indeed, helpless with the tiresome confrontations day in and day out,” Tsang said. “Confrontations have not eased, and worse still, our society has become even more polarized. Political disputes are spreading both inside and outside the Council Chambers, setting off a spiral of intensifying struggle between rival factions.”
He warned that if the problems are not resolved, there will be “greater chaos, and our future generations will grow up in the midst of hatred and malice.”
Tsang said the city’s economy expanded 2.4 percent last year, its fourth straight year of below-average growth, weighed down by a slowdown in mainland China, weak global conditions and rocky financial markets.
He forecast that Hong Kong’s economy, a major hub for trade with China, would grow 1-2 percent in 2016, which would be the lowest rate since 2012, when it expanded by 1.7 percent.
The property market in Hong Kong had also taken a hit, with prices falling nine percent since October, Tsang added.
The bleak forecast comes as China’s economy slows, impacting regional and global markets.
“With a gradual economic decline in Hong Kong, this may not be sufficient to win the hearts and minds of people, especially with rising localism,” Sonny Lo, a social scientist at the Hong Kong Institute of Education, said.
“The public expect a bolder approach to housing problems and the income gap,” he said.
Tsang also unveiled stimulus measures for industry and said the long-awaited Shenzhen-Hong Kong Stock Connect — designed to open up stocks to investors both sides of the border — was ready to go, subject to Beijing’s green light.
He finished with a quote from late US president John F. Kennedy, saying: “Our problems are man-made, therefore they can be solved by man.”
Lo said former civil servant Tsang’s speech was an attempt to appease Beijing and woo residents.
“He is a safe player… He has been toeing the line of the Hong Kong government and Beijing, and at the same time trying to engage with the public,” said Lo.