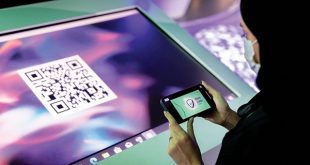 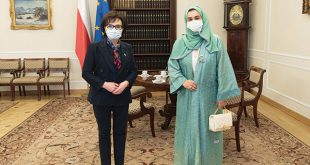 A Philippine official said on Wednesday that he recently spotted five suspected Chinese coast guard and navy ships at a disputed atoll in the South China Sea and fears Beijing will take control of another area frequented by Filipino, Vietnamese and Malaysian fishermen.
Mayor Eugenio Bito-onon Jr., who heads a Philippine-claimed region in the disputed Spratly Islands, said he saw the Chinese ships at the Jackson Atoll for two straight days last week while flying in a plane over the area.
Bito-onon said Chinese government vessels have not been stationed at the atoll, which the Philippines calls Quirino, in the years he has been passing by the uninhabited, ring-shaped reef.
Jackson Atoll lies several kilometers (miles) from the Philippine-claimed Mischief Reef, which China occupied in 1995 and has turned into an island containing what appears to be a runway. It lies midway between the western Philippine province of Palawan and Filipino-occupied Thitu Island in the Spratlys.
The Department of Foreign Affairs in Manila said it was trying to verify the reported Chinese presence and a report by the Philippine Star newspaper that the Chinese ships recently prevented Filipino fishermen from approaching the area. Chinese Embassy officials were not immediately available for comment.
A Philippine security official said the air force was preparing to fly a surveillance plane to verify the Chinese presence. The official spoke on condition of anonymity because the military does not discuss such covert missions publicly.
“I’m alarmed because we frequently pass by that atoll on our way to Pag-asa,” Bito-onon told The Associated Press by telephone, using the Philippine name for Thitu Island, where he frequently travels to visit a Filipino fishing community guarded by troops. “What will happen now if we sail close by with all those Chinese ships?”
Filipino, Vietnamese and Malaysian fishing boats have gone to the vast fishing lagoon Jackson for years, Bito-onon said, adding that Filipino fishermen were looking forward to the start of the octopus-catching season that starts next month.
Philippine planes landing and taking off at Thitu have also been warned frequently to stay away by Chinese forces based at the nearby Subi Reef, one of seven reefs in the disputed Spratlys that China has transformed into islands in the last two years using dredged sand. The plane that he was on last week that flew to Thitu was shooed away again by the Chinese at Subi, Bito-onon said.
“When you take off or land, you’ll hear their warning: ‘You are flying within our security zone, please leave immediately to avoid miscalculation,’ “Bito-onon said.
He has said that those Chinese warnings are an act of intimidation and illustrate the threat to freedom of overflight in the region.
Last January, Civil Aviation Authority of the Philippines personnel also received radio warnings identified as being from the Chinese navy when they flew a Cessna plane to Thitu to undertake an engineering survey for the installation of civil aviation safety equipment on the island.
The United States and governments with rival claims with China in the disputed region, including Vietnam and the Philippines, have expressed alarm over China’s island construction, saying it raises tensions and threatens regional stability and could violate freedom of navigation and overflight.
Aside from China and the Philippines, Vietnam, Malaysia, Taiwan and Brunei have conflicting territorial claims in the Spratlys.