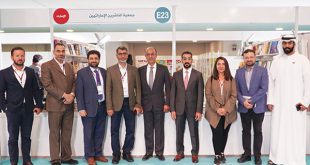 President Barack Obama has narrowed to three finalists a list of potential US Supreme Court nominees to replace the late Justice Antonin Scalia, all of them federal appeals judges, according to a person familiar with the matter.
The candidates are Merrick Garland, Sri Srinivasan and Paul Watford, said the person, who asked not to be identified because the details aren’t public.
The Supreme Court nomination battle is likely to dominate the final months of Obama’s presidency. The White House is locked in a dispute with Senate Republican leaders, who have pledged to ignore the president’s choice and say the seat should be filled by Obama’s successor.
Republican Senate Majority Leader Mitch McConnell and Judiciary Chairman Chuck Grassley have said they would not hold hearings or schedule a vote before the presidential election in November.
Several important issues hang in the balance for the court, where Scalia served as an outspoken defender of conservative causes for three decades. An announcement of Obama’s selection could come as soon as next week.

‘Terrific’ Selection
Garland, 63, chief judge of the US Court of Appeals for the DC Circuit, was on Obama’s short list for the last two high court vacancies, filled in 2009 by Justice Sonia Sotomayor and in 2010 by Justice Elena Kagan. In 2010, Republican Senator Orrin Hatch of Utah said Garland would be “terrific” and could be confirmed “virtually unanimously.”
Watford, 48, a judge on the 9th US Circuit Court of Appeals, would be the third African American to join the high court, after the late Thurgood Marshall and current Justice Clarence Thomas.
The Senate confirmed Watford in a 61-34 vote in May 2012, two months after the chamber’s minority Republicans agreed to stop blocking some judicial nominees. All but nine Republicans voted against Watford’s nomination. At the time, Grassley, of Iowa, cited Watford’s “views on immigration and the death penalty” as cause for concern.
Srinivasan, 49, would be the court’s first Asian-American and its first Hindu. He was confirmed 97-0 to the DC Circuit in 2013. Born in Chandigarh, India, Srinivasan immigrated to the United States as a child and grew up in Kansas. He is a graduate of Stanford University and Stanford Law School, and clerked for now-retired Justice Sandra Day O’Connor.
Srinivasan served as deputy US solicitor general in the Obama administration, arguing Supreme Court cases including a successful challenge of the US Defense of Marriage Act, which defined marriage under federal law as a heterosexual union.
The vetting process to find a replacement to Scalia, which began shortly after the 79-year-old justice died on Feb. 13, has been shrouded in partisan politics as Democrats and Republicans weighed the impact on the presidential election. Potential candidates, including Attorney General Loretta Lynch and Republican Nevada Governor Brian Sandoval, asked to be removed from consideration as Obama and Senate Republicans bickered.