Kerry in Kabul on unannounced visit to support unity government 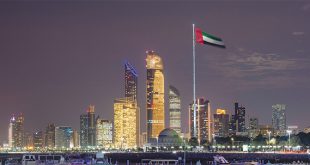 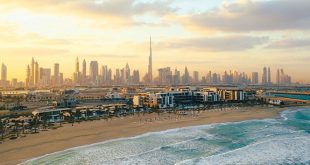 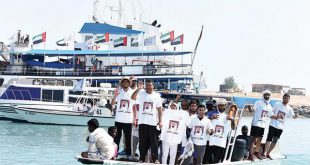 US Secretary of State John Kerry landed in Kabul on Saturday on an unannounced visit to show support for the Afghan unity government and its attempts to revive peace talks with the Taliban.
His visit comes as the extremist group is experiencing a resurgence following the withdrawal of US-led combat troops in 2014, announcing recently it was preparing for “decisive” battles in its upcoming spring offensive.
Kerry, who is due to meet with Afghan President Ashraf Ghani and his number two, Chief Executive Abdullah Abdullah, “will emphasise US support for the Government of Afghanistan” and its defence forces, State Department spokesman John Kirby said.
America’s top diplomat, who has been deeply involved in Afghanistan’s affairs for several years, “expresses support for the Government of Afghanistan’s efforts to end the conflict in Afghanistan through a peace and reconciliation process with the Taliban”.
There are currently 9,800 US troops in Afghanistan engaged mainly in a training role, though they also take part in some counter-terror operations. The number is due to go down to 5,500 next year.
Kerry’s meetings with Afghan leaders relate to security, defence, democracy, governance, as well as economic and social development, according to Kirby.
Political and security challenges
Hopes for peace and economic stability were high following the 2014 presidential election, which marked the first democratic transition of power following the departure of Hamid Karzai who had ruled the country for almost a decade.
But 18 months after Afghanistan’s present unity government was formed, “there have been challenges both in terms of politics, but also in terms of the resilience of the Taliban,” according to the US special envoy to Pakistan and Afghanistan Richard Olson.
In early March, the Afghan Taliban announced they would not participate in talks with Kabul, dashing the Afghan government’s hopes of settling the war that has lasted for more than 14 years and claimed tens of thousands of lives.
A four-way group, comprising Afghan, Chinese, US and Pakistani diplomats formed to assist the process, had hoped that direct talks could be revived by the start of March, even as fighting remained in full swing across the country.
On the political front, parliamentary elections are due to be held October 15, more than a year behind schedule, due to deep differences at the highest levels of government between Ghani and Abdullah.
Several ministers have resigned in recent months because of the tensions between the two camps. One of the most high-profile resignations was Ghani’s number two, the the former interior minister Noor-ul-HaqUlumi who left office in February.
His successor, Taj Mohammad Jahid, was confirmed by parliament on Saturday morning.
Both Ghani and Abdullah claimed victory in the presidential election, leading to a three-month stalemate until a breakthrough deal mediated by Kerry.
The delay in legislative elections is also due to the Taliban’s resurgent campaign of violence, which they stepped up following the withdrawal of NATO combat troops in 2014 even after their founder Mullah Omar was declared dead last year, leading to factionalisation within the
movement.
Despite the infighting, new leader Mullah Akhtar Mansour has overseen spectacular military victories, including the brief capture of northern Kunduz city last September.