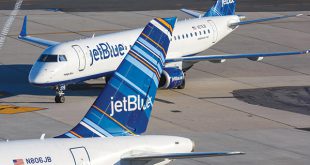 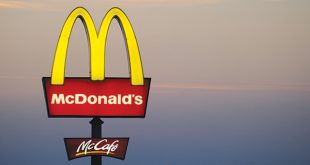 Since 1967, when then-Japanese Prime Minister Eisaku Sato introduced the “three non-nuclear principles,” Japan has existed in a state of contradiction when it comes to the question of nuclear weapons’ place in the world: while Japanese leaders call for the global abolition of nuclear weapons, they simultaneously acknowledge the importance of nuclear deterrence and Japan’s reliance on the U.S. nuclear umbrella.
Consider this strikingly vivid example: In 1974, when Sato was preparing to accept the Nobel Peace Prize for his non-nuclear principles, which is Japan’s policy to not manufacture, possess, or introduce nuclear weapons, he asked then-U.S. secretary of state Henry Kissinger whether the five nuclear powers would consider renouncing the pre-emptive use of nuclear weapons.
Kissinger rejected the proposal, saying, “If we were to renounce the first use of nuclear weapons, there would be a great danger for Japan,” specifically vis-à-vis the Soviet Union and China. Sato apparently acquiesced to this view, as he did not float the idea in his acceptance speech. The next year, in 1975, the United States officially announced it would extend the “nuclear umbrella” to Japan.
Four decades later, Japanese leaders again are spearheading the initiative to rid the world of nuclear weapons. And this time, the United States has shown greater reciprocity toward Japan’s more limited ambitions.
When the Group of Seven’s (G7) foreign ministers gather in Japan later this week, it will be the first time that a U.S. secretary of state will visit the Hiroshima Peace Memorial Park, dedicated to the victims of the 1945 atomic bombing. Explaining the significance of this event, Japan’s Foreign Minister Fumio Kishida remarked to journalists, “For the purpose of building momentum for realizing a world free of nuclear weapons, it is very important for world leaders to visit an A-bomb site and see firsthand the realities of atomic bombing.”
Kishida, a Hiroshima native who will chair the upcoming G7 foreign ministers meeting, has also expressed his desire to announce a “Hiroshima declaration,” which would promote nuclear disarmament and non-proliferation efforts. Items that could be worked into such a declaration include a call for visits to cities hit by atomic bombs and greater transparency for nuclear forces.
However, among Japan’s political elites, there remains a hard-nosed realism that begrudgingly accepts the utility of nuclear weapons. This realism has surfaced in the recent debate over their constitutionality.
On March 18, Yusuke Yokobatake, director-general of the Cabinet Legislation Bureau, told the Upper House Budget Committee that, even though domestic and international laws limit the use of nuclear weapons, Japan’s Constitution does not necessarily ban nuclear weapons.
Shinzo Abe’s Cabinet further clarified its position in a written statement provided on April 1. Even though the government continues to uphold the three non-nuclear principles, the statement argued that Article 9 does not prohibit the country from possessing the minimum armed forces needed for self-defense, and there is no distinction between nuclear and conventional weapons when it comes to this minimum requirement.
“Even if it involves nuclear weapons, the Constitution does not necessarily ban the possession of them as long as they are restricted to such a minimum necessary level,” the statement said. In this, Abe’s Cabinet is not necessarily breaking new ground, as it conforms to then-Prime Minsiter Takeo Fukuda’s position, articulated as far back as 1978.
But even as Japanese lawmakers rhetorically reaffirm Japan’s right to unilaterally do what it must to defend itself, in practice, Japan will continue to rely on the United States to be its ultimate trump card. It is the U.S. commitment to Japan’s defense that has, in Obama’s words, “prevented the possibilities of a nuclear escalation and conflict” in this particularly fraught part of the world.
These conflicting desires – a desire to see a world free of nuclear weapons, and a desire to be protected from potential aggressors with nuclear capabilities through robust nuclear deterrence – will coexist in Japan for the foreseeable future.

Mina Erika Pollmann received her Bachelor of Science in Foreign Service from Georgetown University’s Edmund A. Walsh School of Foreign Service, majoring in International Politics with a concentration in Foreign Policy. She also
received the Dean’s Medal for graduating at the top of her class, and the Peter F. Krogh Millennial Award and the Ernst H. Feilchenfeld Award