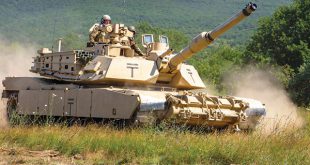 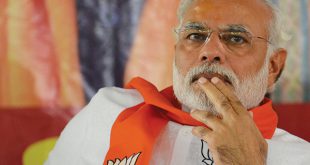 Reformist allies of Hassan Rouhani swept all 30 parliamentary seats in the Iranian capital, handing the moderate president a major boost on Sunday in elections seen as vital to his government.
The List of Hope, a pro-Rouhani coalition of moderates and reformists, was on course to wipe out its conservative rivals in Tehran with 90 percent of the votes counted from Friday’s general election.
The stunning gains came after mixed results from 94 of the 260 seats outside the capital.
The head of the conservative list, Gholam-Ali Hadad Adel, a former parliament speaker, was lagging behind in 31st place in Tehran and set to lose his seat, an interior ministry statement quoted by state television said.
The landslide in the capital in Iran’s first election since a landmark nuclear deal last year ended a 13-year standoff with the West was a major fillip for Rouhani.
If confirmed, it will seal a stunning comeback for reformists, long sidelined after the disputed re-election in 2009 of hardline president Mahmoud Ahmadinejad which was followed by bloody street protests.
Reformists said that ballot was rigged and their two defeated candidates, Mir Hossein Mousavi and Mehdi Karroubi, have been held under house arrest since 2011.
Friday’s election came just a month after international sanctions were lifted under last summer’s nuclear deal and was widely considered as a de-facto referendum on Rouhani’s administration.
The president joined forces with reformists to try and curtail the conservatives’ stranglehold on parliament and clear the way for the passage of political and social reforms.
The head of the pro-Rouhani coalition, Mohammad Reza Aref, a former vice president, was in first place in voting in Tehran, with 1,287,862 votes.
The outspoken Ali Motahari, a conservative MP who switched sides and joined the slate headed by Aref, was in second spot with 1,151,551 votes.
In the 94 constituencies outside the capital, 29 went to the main list of conservatives, 19 to the pro-Rouhani list and 25 to independents.
None of the remaining 21 seats had a clear winner, meaning a second round of voting will be needed, which is not expected until April or May.
Reformists back at polls
Turnout in the election was solid at 60 percent, but slightly less than the 64 percent of 2012.
There was further good news for the president in preliminary results from the second election that took place on Friday, for the Assembly of Experts, a powerful committee of clerics that monitors the work of Iran’s supreme leader Ayatollah Ali Khamenei.
Rouhani and his close ally Ayatollah Akbar Hashemi Rafsanjani, a former two-term president, held the first two places among the 28 clerics seeking one of the 16 places reserved on the assembly for Tehran.