Here’s another reason to worry about banks 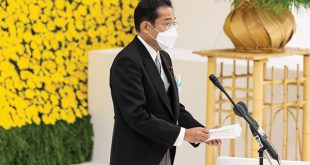 Lay Japan’s war debates to rest along with Abe 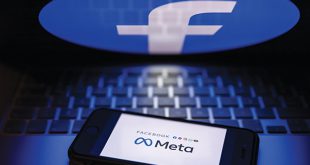 For investors seeking reasons to worry about banks, here’s another: They’ve lent a lot of money in currencies that borrowers will have a hard time
paying back.
The phenomenon illustrates how capital flows work in a financially integrated world — and how they can contribute to booms and busts. As the U.S. Federal Reserve and the European Central Bank held interest rates extremely low to support their own economies, they pushed banks to seek higher returns elsewhere, and also made borrowing in their currencies very attractive all around the world. The result was that the total amount of dollar and euro lending to non-bank borrowers outside the U.S. and the euro area grew 57 percent during the past six years — to $12.7 trillion, according to the Bank for International Settlements. Here’s how that looks:
Such rapid credit growth is a classic precursor of financial crises, and the foreign-exchange element adds a nasty twist. The Fed’s plans to increase interest rates, together with growing concerns about emerging markets, have caused the value of the dollar to rise sharply against a range of currencies. The euro has gained against some currencies, too. So for borrowers in countries such as Brazil and Turkey, whose currencies have weakened, the cost of paying back all that debt has shot up. Here’s a breakdown by country, estimating how much the local- currency value of
dollar and euro debt to banks (including that of financial institutions, companies and governments) has grown as a share of gross domestic product during the past two years, due to exchange-rate changes alone:
The result tends to be what we’ve seen happening in global markets. Concerns about defaults cause investors to flee — a response that, by pushing exchange rates down further and halting the flow of credit, makes those defaults ever more likely. The question then becomes whether lenders — those same banks whose share prices have gyrated in recent days — have enough equity capital to absorb the losses. If not, the financial distress can spread quickly, as the world learned in 2008.
Can anything be done? Actually, yes. As the economist Helene Rey has noted, tougher limits on leverage — that is, on the amount that banks and others can borrow for each dollar in equity — could go a long way toward mitigating the global boom- bust cycle at little or no cost to the economy. Borrowers would have less opportunity to get overextended in the first place, and the financial system would be better prepared to absorb the losses if they did. Regulators have moved in that direction since 2008, but notfar enough.
—Bloomberg