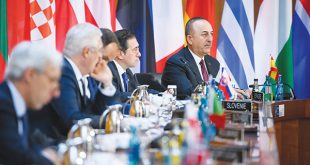 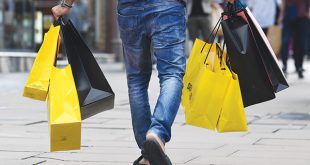 A new stock market regulator chief could give China’s beleaguered shares a short-term lift, but analysts say Liu Shiyu faces the same old problems as his ousted predecessor: shattered market confidence and the need for sweeping reforms.
Xiao Gang was dismissed as chairman of the China Securities Regulatory Commission (CSRC), state media reported Saturday, after a three-year tenure that saw a debt-fuelled stock bubble burst and the botched implementation of a market “circuit breaker” last month.
Last year’s market rout sent the Shanghai index down more than 40 percent from its mid-June peak, wiped out trillions of dollars in capitalisation and sparked a costly and widely criticised government bail-out.
The newcomer, Liu, most recently led the Agricultural Bank of China — one of China’s “Big Four” lenders —and was previously a vice governor of the central bank. His most pressing job is to rebuild faith in stocks, which by Friday had fallen nearly 20 percent this year, after stalling economic growth and depreciation in the yuan currency scared off investors.
“The biggest challenge for him now is to restore investors’ confidence,” Phillip Securities analyst Chen Xingyu said.
“But the replacement of the chairman will not essentially change the problems and challenges the market faces now. It is unrealistic to count on a new person to fix all of these things or improve them immediately.”
The government intervention in the stock market during last year’s crash, deploying a “national team” to buy on its behalf, raised questions over Communist authorities’ commitment to making China a more market-oriented economy.
Analysts say China’s modern stock market, set up only 25 years ago, also faces deep-seated underlying issues: “mom and pop” investors set on speculative gains dominate trading and China’s brokerage industry has been mired in scandal over illegal dealings.
“There are high hopes he (Xiao’s successor Liu) will not only energise China’s stock market, but also boost the confidence of international investors given the impact China’s market now has on overseas markets,” Yingda Securities chief economist Li Daxiao said.
But he added: “It’s hard to say whether or not he will be able to accelerate progress on market reforms right now.”
Changes to China’s initial public
offering (IPO) system are pressing, with regulators currently hand-picking the companies to list —and
setting their flotation prices —
instead of the market.
“Liu needs to implement an IPO registration system, perfect the securities law to crack down on market manipulation and improve company disclosure,” said Hong Hao, chief strategist at securities and asset management firm BOCOM International Holdings in Hong Kong.
“None of these tasks are easy,” he said.
Calls for Xiao’s head had been growing since last year, although some analysts credit him with improving the regulatory environment during his tenure. Just days ago,
Chinese Premier Li Keqiang defended the rescue package but offered veiled criticism of then CSRC chief Xiao, referring to “internal management problems” with the intervention.
Investors cheered news of his dismissal when the markets re-opened on Monday, sending China’s benchmark Shanghai Composite Index up more than two percent by the close.
Among them was housewife Yin Dongqing, who bought with the herd but plans to clear out soon.
“A market rise based on news like this is not going to last long,” she said. “The replacement of the chairman will not make much of a difference.”

BILL SAVADOVE is a correspondent with Agence France Presse