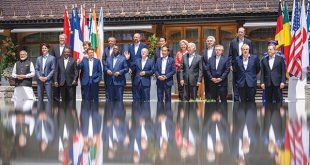 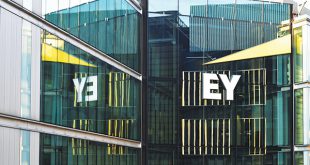 EY IPO will create a lot of sour grapes

China’s growth is slowing, probably for good. But the form that the slowdown is taking isn’t yet known. The question is whether China’s troubles will be more like a typical emerging-market crisis, or more like the typical bust in a large developed country.
Every nation undergoes a growth slump at some point. For good background on the phenomenon, check out the papers by Barry Eichengreen, Donghyun Park, and Kwanho Shin. Japan, for example, experienced a slowdown in the early 1990s, followed by South Korea and many Southeast Asia countries in the late ’90s. China is simply treading the normal pattern in this respect.
But not all such episodes are created equal. In emerging markets, slowdowns are often accompanied by a sudden stop, in which capital abruptly ceases rushing into the country and starts flowing out at a rapid pace. Many people believe that these sudden stops cause currency crises, which are another hallmark of emerging market turmoil. Actually, the historical correlation is not that strong — emerging market slowdowns can feature one without the other. But capital outflows undeniably tend to weaken a currency, since they require swapping the domestic currency for a foreign one. If you want to move money out of South Korea and into the U.S., for example, you would trade won for dollars. That decreases the demand for won, which puts pressure on its price. Some countries manage toprevent their currencies from crashing in response to capital outflows, but others don’t, and are forced to allow a devaluation. Anyone interested in emerging-market crises can read much more about them at a National Bureau of Economic Research website devoted to the topic.
Crises in large industrialized countries, however, tend to look very different. The U.S. in the Great Depression and Japan in the 1990s both saw relatively little capital leave the country. Instead of moving their money elsewhere, investors in these countries tend to simply put it in cash, or safe assets. A long, grinding deflationary bust tends to follow.
Why should we care whether China follows the emerging- market model or the industrialized-country model? Currency speculators obviously care, since it will determine the value of their bets on the Chinese yuan . Many other people in the financial industry will also be affected, since capital flowing out of China will make a big difference in many markets. Fleeing Chinese money will drive up real estate and other asset prices in other countries, and flood the coffers of hedge funds, private-equity and venture-capital firms.

QuickTakeChina’s Pain Points
In determining whether capital will flow out of China, there are two basic questions. The first is how much Chinese capital actually wants to leave. The second is how well China will be able to prevent it from leaving.
Capital is certainly leaving China in large amounts. The Chinese government uses capital controls to try to prevent this from happening, but these turn out not to be that hard to get around. For an insight into the most common method of evasion, read this excellent blog post by Peking University professor and Bloomberg View contributor Chris Balding. Basically, if I’m in China, I can get money out of the country by buying and selling things to and from Hong Kong at overstated or understated prices, and there’s just very little the government can do about it.
The question is whether these large capital outflows represent general Chinese sentiment, or simply the actions of an easily frightened minority. Capital outflows of $1 trillion equal about 15 percent of China’s gross domestic product. That’s nowhere near the highest in history. But even if $1 trillion is an overestimate, it still is very high, especially compared with Latin American countries that suffered crises in the last few decades. If you’re losing more capital than Argentina in the early 2000s, you have a problem.
But these huge numbers may be temporary. China is a big country, and the people trying to move their money out may represent only a minority. If there’s a larger number of Chinese investors out there who trust the central government to maintain the value of the currency and bring the unfolding crisis under control, then these capital outflows could soon slow or reverse. Alternatively, the capital flight could become a stampeding herd, in which case it would be self-perpetuating.
The other question is whether China’s government can and will stop capital flight. China now is selling off part of its vaunted hoard of foreign-exchange reserves in an attempt to prop up the yuan. One reason it is doing that is in order to avert the kind of mob behavior that would result in a self-fulfilling currency panic — if people think China will defend the yuan, then they won’t try to get their money out, and the currency will be stable. China has a lot of reserves, so it can probably keep doing this for several more years at the current pace.
If capital flight accelerates, however, China will be forced to sell more reserves to defend the yuan, bringing closer the day when it will run out of ammunition. That will decrease confidence, causing Chinese to move more capital out of the country, and accelerating the rate at which the government depletes its stockpile. This vicious cycle might move very fast, forcing a currency devaluation in short order, and making China’s slowdown look very much like the typical emerging-market bust.
But if panic remains limited to a subset of the Chinese investor class, then capital outflows will trickle off as the government makes it clear that it has enough reserves to defend the currency. Right now, since the amount of reserves is set to last longer than the duration of the typical sudden stop, it looks like China might manage to avoid a devaluation. But any acceleration could change that.
So China remains balanced between an emerging-market crisis and an industrialized-country depression. No one knows which way it will break. One thing looks certain, though — China’s days of rapid growth are effectively over.
—Bloomberg

Noah Smith is an assistant professor of
finance at Stony Brook University and a
freelance writer for a number of finance and
business publications. He maintains a
personal blog, called Noahpinion