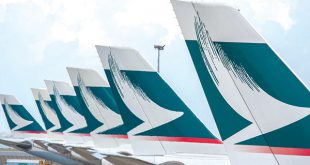 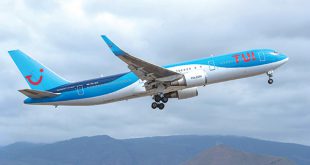 Air Canada surged the most in two years after reporting an unexpected first-quarter profit and saying a key earnings measure would rise to a record this year.
Adjusted profit was 30 Canadian cents a share, the country’s largest carrier said in a statement that was released recently.
Analysts expected a loss of 19 Canadian cents, according to the average of estimates. Revenue climbed 2.8 percent from a year earlier to C$2.86 billion ($2.29 billion), compared with an average estimate of C$3.28 billion.
Chief Executive Officer Calin Rovinescu’s plan to reduce costs through 2018 is gaining traction as cost per available seat mile, a gauge of airline expenses, fell 3.3 percent in the first quarter. The carrier said earnings before interest, taxes, depreciation, amortization and aircraft rent would climb 4 percent to 8 percent this year.
“Air Canada reported strong results, driven by slightly better revenue and a much stronger non-fuel unit cost performance,” Helane Becker, an analyst at Cowen & Co., said in a note to clients.
The airline’s growth forecast for earnings compares with Becker’s prediction of a 1 percent decline.
Shares advanced 13 percent to C$9.37 in Toronto after surging 18 percent for the biggest intraday gain since April 2014.
Excluding fuel costs and some other items, cost per available seat mile rose 3.3 percent, less than the 7 percent to 8 percent increase the company projected in February.
That measure of expenses is now expected to fall as much as 2.8 percent this year, compared with a previous forecast that it would be little changed.
Air Traffic climbed by nearly 7.7 percent during the first three months of the year.
“First-quarter results were another sign that Air Canada continues to execute on its long-term plan, which we believe will drive a positive re-rating in its share price,’ Kevin Chiang, an
analyst at CIBC World Markets in Toronto, said in a note to clients.