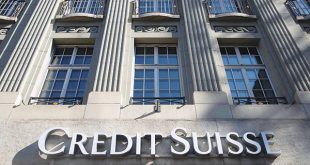 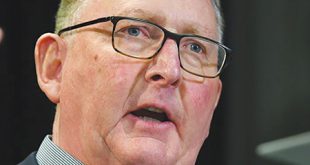 Abu Dhabi Islamic Bank (ADIB) has reported a net profit of AED 1,934 million for 2015, a 10.5 percent increase from a year earlier. The number of customers increased by over 100,000. This reflects the continued growth of ADIB’s main banking activities across all customer segments, particularly its ongoing penetration and targeting of the UAE’s expatriate segment.
Total assets increased by 5.8 percent to AED 118.4 billion. Customer deposits increased 12 percent to AED 94.9 billion, while net customer financing grew by 7.4 percent to AED 78.4 billion. Despite a dampened credit environment, total non-performing accounts as a percentage of gross customer financing reduced to 3.9 percent as of 31 December 2015, from 4.4 percent a year earlier. The Group continued its practice of maintaining a conservative provisions position, and took an additional AED 770.6 million in total credit provisions to improve non-performing coverage ratio to 95.5 percent of the total non-performing portfolio.
ADIB has maintained its position as one of the most liquid banks in the UAE while simultaneously continuing to manage its cost of funding. ADIB ended the year with a steady customer financing-to-deposits ratio of 82.6 percent and an advances-to-stable funds ratio of 84.6 percent, which remains significantly better than the regulatory threshold of 100 percent.
Total Equity (including Tier 1 capital instruments), after the successful completion of the AED 504 million common equity right issue in Q3 2015, was AED 15.1 billion as at 31 December 2015. This represents an increase of 10.1 percent. ADIB’s capital adequacy ratio now stands at 15.14 percent and Tier 1 capital ratio at 14.59 percent. ADIB’s capital ratios continue to be well above the UAE Central Bank’s prescribed minimums of 12 percent for capital adequacy and 8 percent for Tier 1.
The Group has continued to invest in infrastructure to improve the banking experience for its customers by delivering best in class banking services. Through its investment in digital technology, the bank is setting up complementary business units such as merchant acquiring and upgrading its core banking capabilities to ensure the Group operates in a stable and secure manner. As part of its commitment to be a leader the Group has also increased its investment in governance, risk, control and compliance capabilities.
ADIB is further enhancing its strategic positioning as one of the top retail banks in the UAE, with a network of 88 branches, 769 ATMs and market leading mobile and internet banking platforms. ADIB aims to be the largest retail bank by assets by 2020, and is enhancing its customer experience to better serve its core UAE National individual and corporate customers, and to expand further into all major expatriate customer segments.
ADIB has a total of 2,504 employees and remains one of the leading banks in the recruitment, development and promotion of local talent. As a result, the bank employs 1,177 UAE nationals, with an Emiratization ratio of 47.0 percent.
The Board of Directors recommends the distribution of the equivalent of 39.8 percent of full year net profits as the total dividend for 2015. The dividend is proposed to be in the form of cash dividends equal to 24.27 percent of the par value of issued shares.