A testing year for American tolerance 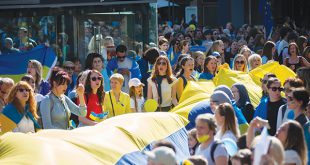 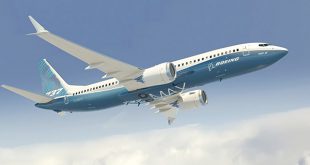 Donald Trump tests the limits of campaign speech. He makes false statements and refuses to correct them. He attacks other religions and ethnic groups, inflaming domestic tension and foreign terrorist rage. He pledges to overhaul long-standing US commitments in ways that frighten allies. He cavalierly predicts a “massive recession,” undermining confidence in the US economy.
When criticized, Trump adopts the stance of one of his beloved WWE professional wrestlers caught in the act: He throws up his hands, protests his innocence and claims the other guy threw the first punch.
Trump’s comments are troubling because he isn’t just a candidate, he’s an alternative news source. The Washington Post’s “Fact Checker” may give him “Four Pinocchios” for falsely claiming that he saw TV clips of “thousands and thousands” of New Jersey Muslims celebrating the collapse of the Twin Towers on 9/11. But the absence of any confirming video footage is seen by some Trump supporters as evidence of a “mainstream media” conspiracy to conceal the truth.
The Founding Fathers’ instructions were clear: The right to free speech includes bad speech; it means tolerance of ideas that many find obnoxious. First Amendment partisans (especially journalists, like me) avoid discussing hypothetical situations where free speech becomes so recklessly defamatory that it no longer deserves protection.
But we should recognize that in other countries suffering political decay and the popular rage it engenders, free speech has indeed proved to be an instrument in the destruction of liberty.
The Supreme Court has considered this problem on two recent occasions, as it happens. Both times, the Court ruled for protection of political speech, even when it’s false.
In US v. Alvarez, the court held in 2012 that making a false statement about having won a medal was protected speech, even though it might cheapen the heroism of those who’d actually been decorated. The ruling overturned the Stolen Valor Act, finding that this 2005 law, which had criminalized false claims about military honors, was unconstitutional.
In a 2014 case, Susan B. Anthony List v. Driehaus, the court found that an Ohio law that banned dissemination of false information about political candidates also violated the First Amendment. The case grew out of a claim by an Ohio legislator who said he had been falsely accused of backing “taxpayer-funded abortion” when he had voted for the Affordable Care Act. Even though such a statement might have been false, it was still protected.
The court’s desire to safeguard political speech, despite the risks that its exercise may pose to democratic institutions, is perhaps clearest in Citizens United, the 2010 Supreme Court case that struck down limits on political contributions by companies and individuals. Opponents argued that special-interest money was corrupting and obstructing the very process of democracy. But for the court, freedom of speech (and freedom to spend money to amplify that speech) outweighed such concerns.
Constitutional scholars sometimes debate these issues by invoking a dissent by Justice Robert Jackson against the court’s 1949 ruling that held that hateful speech was permissible even if it violated a Chicago breach of peace ordinance. “This court has gone far toward accepting the doctrine that civil liberty means the removal of all restraints,” Jackson argued. “There is danger that, if the court does not temper its doctrinaire logic with a little practical wisdom, it will convert the Constitutional Bill of Rights into a suicide pact.”
Garrett Epps, who teaches constitutional law at the University of Baltimore, notes
that Jackson’s idea of free speech was framed by his time as chief U.S. prosecutor at the Nuremburg war crime trials. “Studying the rise of National Socialism, he began to argue that the framers had not foreseen the rise of mass media and scientific propaganda,” Epps notes. While he doesn’t endorse Jackson’s view, Epps says it shows “how circumstance can shape our sense of what’s permissible.”
Justice Stephen Breyer has suggested that the rise of the Internet may force a re-examination of First Amendment jurisprudence. In a provocative 2010 interview, he recalled Justice Oliver Wendell Holmes’ famous comment that free speech doesn’t mean you can shout “fire” in a crowded theater, and then asked pointedly: “What is the crowded theater today?”
The American experiment has always depended on a measure of tolerance and good sense. We haven’t usually had to face the extreme questions about liberty and order because we’re not a nation of extremists. We love freedom and good government, both. But this has been a testing year, and it may get worse.
— Washington Post Writers Group