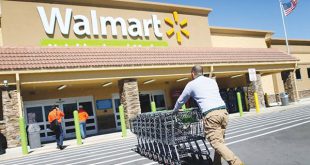 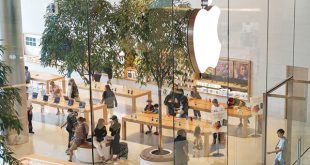 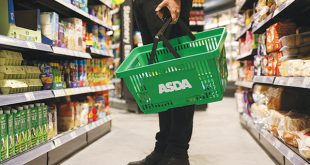 A bid by French household goods group Conforama, majority-owned by South Africa’s Steinhoff, for rival Darty has won the backing of Darty’s board, both companies said, derailing a planned Darty tie-up with retail giant Fnac.
Conforama earlier this month launched a conditional all-cash offer for Darty at 125 pence ($1.75, 1.61 euros) per share, aiming to create “a leading French household goods retailer”.
The surprise announcement threw a spanner in the works for French books, music and electronics retailer Fnac, which had hoped to take over Darty in an
agreed bid.
Separately on Friday, Steinhoff, the South African household goods group, walked away from the bidding process for Home Retail Group, owner of catalogue chain Argos.
That move came as British supermarket group Sainsbury’s said it had made a formal offer worth £1.4 billion ($2.0 billion, 1.8 billion euros) for Home RetailGroup.
Friday’s statement said the board of Darty, which is listed on the London stock exchange, unanimously recommends to shareholders to sell their shares to Conforama, whose bid is now firm.
Darty’s board members “consider that the financial terms of the offer are reasonable and equitable,” it said.
“The board has the intention of recommending the offer to shareholders,” Darty chairman Alan Parker said in the statement.
This shift in Darty’s allegiances means that Fnac is now sidelined, unless it comes up with a higher offer to trump Conforama.
“Darty board members no longer have the intention of recommending the Fnac bid, unless there is a more favourable offer, both in financial terms and regarding the certainty of its execution,” the statement said.
In November, Fnac offered one of its shares for 37 of Darty’s shares as part of a plan to merge both companies.
This valued Darty shares at around 105 pence each, and the whole Darty group at 558 million sterling.
The Conforama bid values Darty at about 673 million sterling.
In late London trading Friday, Darty shares were trading 1 percent lower at 129.50.
Conforama is Europe’s second largest home furnishings retail chain with over 200 stores in France, Spain, Switzerland, Portugal, Luxembourg, Italy and
Croatia
In 2011, it was acquired by the South African company Steinhoff International
Darty is a wholly owned subsidiary of the UK-based Darty plc specialising in electrical retailing. The company has different operations across Europe, the original being in France and now in three other countries, Turkey, Italy and Spain.