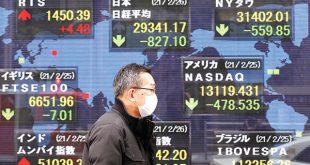 Stocks in Asia beating global peers by the most since 1993 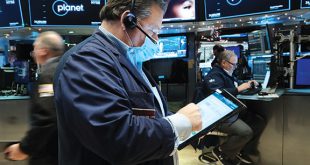 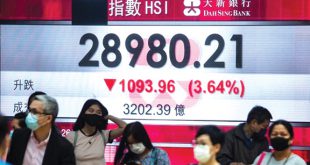 Stocks rallied, with European equities rising from a one-month low as they shook off a drag from Chinese trade data that weighed on industrial metals.
Of the 19 industry groups on the Stoxx Europe 600 Index, 17 advanced, while mining companies had the biggest losses. Energy producers also declined as crude oil erased gains. Copper fell to its lowest in almost a month after imports into China slipped from a record, while iron ore tumbled following an increase in stockpiles at Chinese ports. Corporate bond sales in euros may be “unusually busy” this week after some companies held off on offerings due to earnings blackouts and national holidays, according to Deutsche Bank AG.
Global equities lost ground over the past two weeks as economic data painted a subdued picture of growth in the world economy amid mixed corporate earnings.
Chinese trade figures released over the weekend showed exports fell in dollar terms in April and imports dropped for the 18th month in a row. In Europe, Germany reported a bigger increase in March factory orders than economists forecast.
“Stocks have been lifted by better than expected factory orders from Germany,” said Ole Hansen, head of commodity strategy at Saxo Bank A/S.
While U.S. jobs figures on Friday were weaker than economists estimated, several Federal Reserve officials have said over the past week that U.S. interest rates are headed higher — comments that have given a boost to the greenback. Euro-area finance ministers and International Monetary Fund officials are meeting Monday to decide whether Greece’s government has done enough belt-tightening to gain another aid disbursement.

Commodities
Iron ore plummeted in Asia after port stockpiles in China expanded to the highest in more than a year, following moves by local authorities to quell speculation in raw-material futures. The SGX AsiaClear contract for June settlement tumbled 7.9 percent to $51.17 a metric ton, the lowest in a month, retreating alongside contracts for steel and coking coal.
Copper fell with industrial metals, extending its worst weekly slide since November, after China slashed purchases from a record high. The metal fell 1.9 percent to $4,720 a metric ton, having touched the lowest in almost a month. Nickel lost 3.5 percent and zinc dropped 1.2 percent.
Gold fell 1.3 percent to $1,272.45 an ounce, declining for the fifth time in six days. Silver dropped 1.3 percent and platinum slid 2.3 percent.
Crude rose pared gains even as Canadian fires knocked out about 1 million barrels a day of production. The blaze raging through Alberta may move away from the main oil-sands facilities north of Fort McMurray and a cold front scheduled to pass through the area may bring light rain that would help fire fighters battle the inferno. Saudi Arabia’s new oil minister meanwhile pledged to maintain the country’s policy of near-record output.
West Texas Intermediate crude was little changed at $44.74 a barrel after climbing as much as 2.9 percent. Brent slipped as much as 0.6 percent .

Bonds
The yield on U.S. Treasuries due in a decade was little changed at 1.77 percent, after climbing three basis points on Friday. Bill Gross, the former manager of the biggest bond fund, said Fed policy makers may act as soon as their next meeting in June.
Greek bonds rose after the nation’s government managed to push through parliament a set of pension and income tax reforms early Monday with a majority of 153 votes in Greece’s 300-seat chamber. Aid deliberations by its international creditors will signal whether the country faces a renewed period of political drift or wins some breathing space after six years of turbulence.
Yields on Greece’s 3.375 percent note due July 2017 dropped 44 basis points to 9.58 percent, while that on bonds maturing in February 2026 fell 21 basis points to 8.31 percent.
The average yield of bonds in Bank of America Corp.’s Global Broad Market Index slid to 1.28 percent last week, a record in data going back to 1996.
Borrowing costs for investment-grade issuers have fallen to about 1 percent, the lowest in the year, based on Bank of America Merrill Lynch index data, as the European Central Bank prepares to start purchasing corporate debt next month under its expanded bond-buying program.
Companies marketing notes on Monday include Airbus Group SE, AstraZeneca Plc and Royal Dutch Shell Plc, according to people familiar with the offers who asked not to be identified because they’re not authorized to speak publicly.