HSBC to phase out financing of thermal coal by 2040 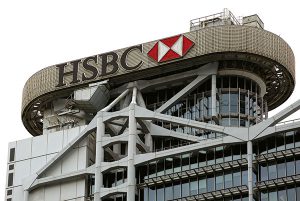 HSBC Holdings Plc is planning to phase out the financing of coal used for generating electricity by 2040, the latest bank to commit to ending support for the greenhouse gas-intensive fossil fuel.
The London-based lender will stop financing thermal coal in the European Union and countries belonging to the Organisation for Economic Co-operation and Development (OECD) by 2030, and all other nations a decade later, according to a statement. Clients related to the energy source are expected to publish transition plans and those that aren’t compatible with HSBC’s goal to reach net-zero by the middle of the century won’t be provided with new finance.
The bank intends to reduce its exposure to thermal coal financing by at least a quarter by 2025 and by half by 2030.
“We want to be at the heart of financing the energy transition, particularly in Asia,” said Noel Quinn, chief executive officer at HSBC, in a statement.
The latest commitment to ending financing for fossil fuels comes as much of the financial industry attempts to live up to commitments to hitting climate neutrality by the middle of the century. Commerzbank AG said this week that it is giving existing clients that get at least 20% of revenue or power production from coal until 2025 to spell out how they’ll exit the dirtiest fossil fuel this decade.
HSBC said it would stop financing clients in the EU and OECD where thermal coal makes up more than 40% of a client’s total revenues, unless the money is set to go towards clean energy and infrastructure. HSBC is already part of a consortium including NatWest Group Plc and Lloyds Banking Group Plc that have committed to ending support for new coal power plants.
The policy comes after a group of HSBC shareholders filed a resolution earlier this year urging the bank to cut its support to the fossil-fuel industry in a move coordinated by ShareAction, a UK non-profit. That pressure led to the lender setting out fresh commitments to align its lending with the goals of the Paris agreement.
“The fact that HSBC has introduced a coal phase-out policy is itself a victory for shareholder engagement with banks on climate,” said Jeanne Martin, senior campaign manager at ShareAction. “However, whilst an important step forward, the policy lacks the urgency and rigour required to avert the climate crisis.”
Martin noted that HSBC’s new restrictions on lending don’t yet apply to existing clients outside the OECD, where it has the most exposure. And the bank can continue to finance new coal projects as long as they were announced before January this year.
The factory would create 1,500 direct and indirect jobs based on similar projects. The venture, called Aurora, will continue to explore other opportunities along the value chain.