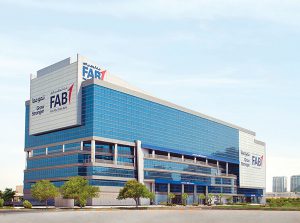 First Abu Dhabi Bank (FAB), the UAE’s largest bank and one of the world’s largest and safest financial institutions, has successfully issued a 5.25-year $600 million bond at US Treasury +105 Basis Points (bps) which resulted in an all-in yield of 4.514 percent, on January 19.
This marks FAB’s second USD issuance in a space of ten days following the successful $500 million RegS 5-year sukuk issued on January 9. FAB has now become the only regional bank to have successfully accessed the debt capital markets twice this year.
The $600 million bond issue was also the first USD conventional bond issuance from a Middle East and North Africa (Mena) FI issuer which also achieved the lowest spread (UST +105bps) by any bank globally for a fixed USD 5-year conventional bond in 2023.
The bond received orders of $1.75 billion representing a nearly 3x oversubscription with 76 percent of the issue placed with high-quality investors outside the Mena region. Pricing represented a deeply negative new issue premium which is a phenomenal achievement when compared to global banks (including G-SIBs) paying an average 10bps new issue premium on their issuances.
Rula Al Qadi, Group Treasurer at FAB, commented, “We are delighted with the success of our second capital markets offering in January 2023. Having achieved a deeply negative new issue premium, especially when taking into account the intra-day movement in USTs, is a great result. This success reinforces FAB’s position as a ‘flight-to-quality’ for global investors. We have now updated our senior curve in both sukuk and bond format this year, which will enable us to deploy a more efficient pricing strategy across our
balance sheet.”