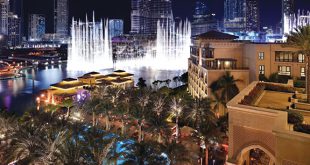 British finance minister George Osborne said that homeowners would face a “significant hit” from lower house prices and higher mortgage costs if voters decided to leave the European Union in a referendum in June.
“This isn’t just a big question about who we are as a country. This goes to the heart of people’s financial security,” Osborne said in an interview on ITV television.
“I am pretty clear that there will be a significant hit to the value of people’s homes and to the cost of mortgages. That is one example of the kind of impact, economic impact, that we get from leaving the EU.”
Osborne and Prime Minister David Cameron have put the economic risks of a so-called Brexit at the heart of their campaign to keep Britain in the EU before the referendum on June 23.
Opinion polls have shown that voters believe that staying in the EU would be best for Britain’s economy but they are narrowly divided on how they intend to vote next month.
The Treasury, headed by Osborne, has already said the long-term impact of a Brexit could cost households 4,300 pounds ($6,200) a year by 2030 in terms of lost growth in the economy and earnings.
A new finance ministry report on the short-term effects of a so-called Brexit on Britain’s economy will look at the implications of an “Out” vote on the country’s housing market, Osborne said.
The report will be published in the next few weeks, he said.
The “Out” campaign says Britain’s economy would flourish over the long term outside the EU as the country would be able to strike its own trade deals, spend its EU budget contributions at home and scale back on rules and regulations